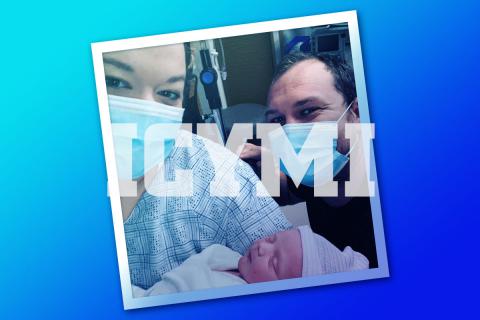 Shiny new phones from Apple, shiny new security tech from Untangle, McAfee, and Palo Alto, and a shiny new baby boy who delivered himself without medical assistance are among the stories we’re belatedly sneaking in before the weekend. By James E. Gaskin
Tweet

Lifestyle coaches encourage clients to look at things from a new perspective now and then. 2020 has certainly done that. This week, the NBA Finals is over (LeBron won) while we’re still waiting to see who plays in the World Series. See, it’s not a dumpster fire during yet another hurricane. It’s a shifted perspective. 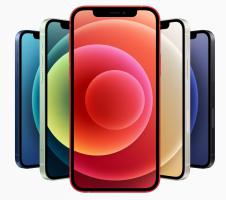 The Akamai blog declares “Security is a New Differentiator.” Aimed at extending security into homes and SMBs, Akamai built the SPS Shield into the Akamai Intelligent Edge Platform.

Clients network from and connect to everywhere today, so McAfee expanded its MVISION line with three all-in-one SaaS solution offerings. Target is customers with a cloud-first stance who need a simplified approach to device-to-cloud protection.

In the rush to coordinate remote teams this spring, did all your clients follow all compliance rules? The new Proofpoint Content Capture for Microsoft Teams could help. It captures real-time communications in native format, preserves the formatting, and records edits and deletions of capture content.

Collaboration news. If the new normal is video conferencing to the rest of the world, it might be nice to simplify and upgrade the meeting room. Try the new team-up of the Jabra PanaCast and HP Elite Slice (pictured). The Jabra camera offers 180 degrees of coverage, allowing some distance between participants. The Elite Slice is a powerful palm-sized Center of Room Console.

Not all time-sucks, er, meetings are on video. The Poly Sync Family of smart USB and Bluetooth speakerphones make your meeting room, or corner of the kitchen, sound great. A good choice for every situation thanks to three models: Poly Sync 20, Poly Sync 40, and Poly Sync 60. 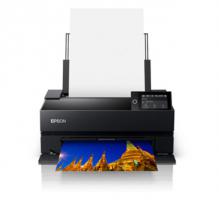 All those pictures on your iPhone? You can share them without having to pass your precious phone around to other germy hands. On paper! Especially with the new Epson 13-inch SureColor P700 (pictured) and 17-inch SureColor P900 desktop photo printers are shipping. What’s old is new again.

Cohesity and AWS connected to offer a Data Management as a Service (DMaaS) program. For enterprise and midsize customers looking for a simple way to backup, secure, monitor, and manipulate their data. 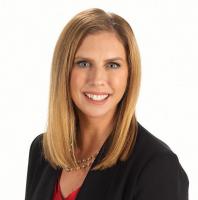 Over at Avast, Marc Botham moves up to vice president of worldwide channel & alliances, Avast Business.

Vertiv channel partners, say hello to Peter Klanian, who moves up to vice president for the Vertiv Americas channel.

In the Worldwide Whole Cloud Forecast, 2020-2024, IDC lays out how the pandemic became a cloud adoption accelerator. Total worldwide spending on cloud services, the hardware and software components underpinning cloud services, and the professional and managed services opportunities around cloud services will surpass $1.0 trillion in 2024 while sustaining a double-digit CAGR of 15.7%. Strongest growth will come in services for public and private clouds, with a CAGR or 21.0% leading up to 60% of all cloud revenues worldwide. Even infrastructure build, the smallest category, will see a 11.1% CAGR over the forecast period.

Aruba, an HPE company, released a report entitled, “At the Edge of Change: Navigating the New Data Era.” 2,400 IT decision makers around the world reported that 72% are already using edge tech to handle the flood of user and IoT generated data. 82% recognize the urgency of the need to implement systems to handle data at the edge. However, maturity of edge deployment makes a big difference in the ability to gain value from the collected data. Those with production deployments, 78%, say they can use this data to improve business. Only 42% of those in the pilot stage agree, and only 31% of those planning pilots in the next year say the same.

Surprise! Another quarter of double-digit growth in the traditional PC market in Q3 2020, says IDC in its Worldwide Quarterly Personal Computing Device Tracker. Sales of desktops, notebooks, and workstation grew 14.6% year over to year to 81.3 million units. Gaming, Chromebooks, and cellular-enabled notebooks were bright spots. Shortages of multiple components led to missed opportunities, and this should unfortunately continue into 2021. Latin America hit double-digit growth for the first time in over five years. In the U.S., notebooks were stronger as desktop market declined YoY despite demand for gaming systems.

No surprise that Keeper Security’s Cybersecurity in the Remote Work Era: A Global Risk Report showed weakened security as companies scrambled to move employees out of the office to remote locations. 63% of U.S. companies saw an increase in phishing/social engineering during the pandemic. 52% reported a jump in credential theft and 50% saw an increase of account takeovers. Issues? A “glaring” lack of training and guidance for employees working remotely, an overwhelmed IT workforce, and a massive surge in new tech to facilitate remote collaboration. Organizations fear a lack of control but feel helpless to get ahead of the problems. 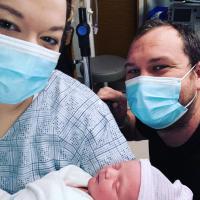 Now that’s what I call tired. The headline says, “Mum gives birth to son while fast asleep.” Laura Thompson, a 31-year old teacher living in Dallas, had what many consider to be the easiest birth possible. Take a nap, wake up with the baby.

Not quite. Ms. Thompson entered the hospital last Friday at 6am for labor to be induced. By 10pm, progress was still slow. The nurse on duty suggested Laura and her husband Nathan get some sleep.

Twenty minutes later, that nurse came in to check on the baby’s heart monitor, which she thought had slipped off again. Nope. The nurse woke up both parents yelling, “BABY IN THE BED!”

The baby boy, named Jones Thompson, had delivered himself and was laying on Laura’s left leg. He didn’t wake her because the leg was still numb from the epidural. Little Jonesy, as he’s called, was fine, healthy, 9 lbs and 1 oz, and 22.5 inches long. Jonesy is so chill and happy even his three-and-a-half-year-old brother Milo likes him.

Why did Yahoo! News Australia cover a birth in Dallas, Texas? I can give you the inside story because little Jonesy is my second grandson and my daughter’s second child.

Brianne Tolj, the writer in Australia, and Laura worked together in Denton, Texas, while Laura attended the University of North Texas. Laura put a few details on Facebook, along with pictures of Jonesy. Brianne saw it, got more details, and gave tiny Jonesy his 15 minutes of fame two days after he got home from the hospital.