ICYMI: Our Channel News Roundup for the Week of October 11th

New partner integrations from Google, new hardware from Acer, new security software from OpenText, and a new rental option in Japan are among the many stories we really, truly meant to tell you about earlier this week. By James E. Gaskin
Tweet

Supply chain experts warn that millions of Christmas gifts, and the materials to make them, are stuck in various places, with container ships stretching as far as the eye can see offshore. This means buy early. If you wait for Black Friday, there may be little on the shelves. We suggest moving your shopping up to Manic Monday, October 25th. Not as many deals, but more chance of delivery. But these newstips always deliver, so enjoy.

Google Cloud has more than 20 new integrations and solutions from partners, ranging from Databricks to Informatica to NetApp and beyond.

One of those partners is TeamViewer, which says it will improve augmented reality solutions using Google Glass. AR solutions built on Google Cloud will be co-marketed. 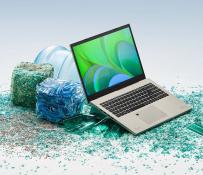 Acerama. You can’t compost your computer yet, but the expanded Acer eco-friendly Vero product line is getting closer. Check out the Aspire Vero, TravelMate Vero (pictured), Veriton Vero Mini, and Vero BR277 monitor.

Chromebooks do so much today that people want them bigger and faster, so say hello to Acer’s four new Chromebook models, including 14 to 15.6 inch displays, 11th Gen Intel Core or octa-core MediaTek Kompanio 828 processors, long battery life, and enhanced durability.

The updated Kaspersky Security Center now provides a centralized dashboard for security orchestration of an entire OT infrastructure. Operational technology details include a map of all distributed assets including events and incident analytics.

1Password launched a new feature with the fun name Psst! It stands for Password Secure Sharing Tool, a new feature that enables users to share items easily but securely, even with non-1Password users. You know users share, so help them do it safely. 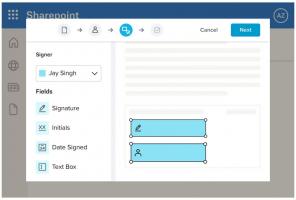 Other product news. Dell offered up a batch of news, so let’s start with a multi-year collaboration with actor and advocate Yara Shahidi to inspire Gen-Z to drive their passions with technology. That may include Dell’s new Bare Metal Orchestrator software for 5G and Open RAN, and perhaps Dell’s push to the edge with the Dell EMC VxRail satellite nodes, Dell EMC Edge Gateway, or Dell Latitude Rugged Laptops.

The AT&T is now offering Notecard, from Blues Wireless, a System-on-Module device that enables allows just about any IoT asset to be connected to the cloud with carrier-grade security.

The enterprise-grade security and compliance of HelloSign (pictured) now integrates directly into Microsoft SharePoint. You can sign documents directly from SharePoint and stop the email dance.

Supermicro expanded its GPU system portfolio with new 2-node and 4-GPU systems, both based on 3rd Gen Intel Xeon Scalable processors with built-in AI accelerators and NVIDIA GPUs in 2U size. Hello, SYS-210GP-DNR and SYS-220GQ-TNAR+.

A small business may include a large amount of square footage, often beyond the range of company wireless phones. That’s where the new EnGenius FreeStyl SIP long-range cordless phone and two-way radio system connects. 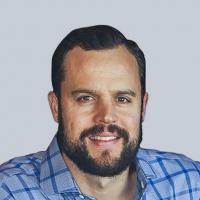 Optiv opened the door for Cheryl VanVoorhees, its new executive vice president of operations, and promoted Rocky DeStefano to CTO.

TBI said hello to Mark Harris, who comes in as the new regional vice president of sales for the Western U.S. The door remained open for Thea Rasmussen, added to the Tech Gurus team of architects, to support partners as cloud communication architect.

BlackBerry beefed up its XDR ecosystem with the addition of new partners Okta, Mimecast, Stellar Cyber, and XM Cyber.

TD SYNNEX will add Elisity’s Zero Trust Access platform to its cybersecurity portfolio to boost its hybrid workspace and more.

New Relic offered over 400 quickstarts via open source to help engineers to improve observability of their entire stack as part of the New Relic One platform.

The latest IDC Worldwide Semiannual Services Tracker shows the IT and business services market will grow by 6% year over year, partly due to currency fluctuations, or 3.4% in constant currency. Expansion should continue through 2023 and 2024 with growth between 3.8% and 4% annually. The service market in the Americas should grow by 2.1% in 2021, slightly down from earlier forecasts, because U.S. GDP growth softened, and Canada and Latin America’s mid-to-long term growth have been adjusted downward just a bit.

The Microsoft Digital Defense Report 2021 found that 58% of all cyberattacks by nation-states came from Russia. Those attacks are becoming increasingly effective, up from 21% last year to 32% in 2021. Agencies involved in foreign policy, national security, or defense jumped from 3% of targets last year to 53% this year. After Russia, the largest origin points for attacks were North Korea, Iran, and China. South Korea and Vietnam were active, but with much less volume. A new member of the nation-state attacker group was Turkey. North Korea often targets cryptocurrency companies as a way to help its economy.

Trend Micro surveyed security operations centers at global organizations and found cybersecurity tool sprawl creates constant IT challenges. Organizations with more than 10,000 employees have an average of almost 46 monitoring tools in place. Half claim they no longer use many of these tools for a variety of reasons, including lack of integration (42%), lack of skilled techs (39%), difficulty in using them (38%), and being out of date (38%). A full one in five just don’t trust them. Mistakes are expensive, as the average loss if they have a GDPR incident is over $235,000. These issues have pushed 92% of respondents to consider managed services to outsource their detection and response capabilities. 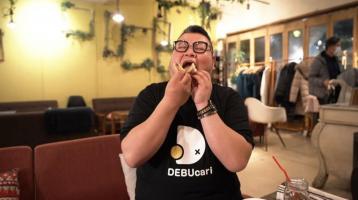 Rent a...what now? Japan has been the, um, “leader” in “interesting” social practices for decades, and they’re not slowing down. The new DEBUcari company, formed from the Japanese words debu (fat) and Kariru (rent), does, in fact, rent “fat people” by the hour.

Ever the commerce leader, and determined to promote “progression away from an era where being fat had a negative image,” the Japanese store Qzilla is behind DEBUcari, which helps it advertise its plus-sized men’s clothing. But never fear, you can rent women and “other gendered” people as well.

ChannelPro 5 Minute Roundup for the Week of January 23rd, 2023
END_OF_DOCUMENT_TOKEN_TO_BE_REPLACED