ICYMI: Our Channel News Roundup for the Week of October 10th 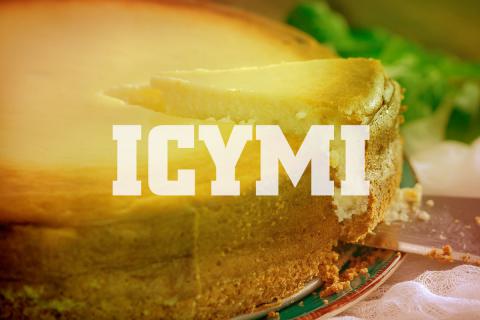 A first look at Microsoft Dynamics 365, a new hybrid cloud offering from Amazon Web Services and VMware, and a fool-proof formula for dividing up a cake fairly among people with infinite lifespans are all among the stories we didn’t write about this week. By Rich Freeman
Tweet

OK, so we didn’t get around to covering some pretty big news this week involving names like Microsoft, Amazon Web Services, and VMware. But can you blame us? Someone posted video of steel wool burning, and we can’t seem to stop watching it. Over. And. Over. Again. Not easy, but we’ll tear ourselves away now just long enough to take you through everything we should have shared with you earlier.

Sneak preview. The big news from Microsoft was word that its Dynamics 365 business management solution debuts on November 1st. Said word arrived on Tuesday, as Microsoft gave the world its first peek at the new offering, which will soon join Office 365 and Azure as a core pillar of Microsoft’s cloud portfolio.

And at first glance, it looks pretty robust for a 1.0 release! The system lets businesses quickly snap together building block apps to create personalized, integrated, role-specific solutions for functions like sales, accounting, field service, and customer support that you can run in a browser or through mobile apps for Windows, iOS, and Android. The whole thing draws on advanced analytics and machine learning technology to deliver insights and automation on demand, and connects to an app store that already contains over 100 solutions from Microsoft and third-party developers.

About that store: Called AppSource, it’s one of the top Dynamics 365-related profit opportunities for Microsoft partners, and not just for ISVs, because we learned this week that integrators can promote service offerings there as well. And if you don’t want to get your hands dirty installing and customizing Dynamics 365, you can still make a little money reselling it via Microsoft’s Cloud Solution Provider program. All in all, quite frankly, it’s hard to think of a recent addition to the Microsoft product lineup with greater potential upside for its channel. 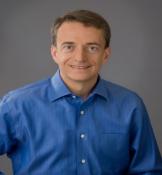 It wasn’t all smiley faces on the cloud front for Microsoft, though. Two days after the big Dynamics 365 reveal, Amazon Web Services CEO Andy Jassy (pictured left) and VMware CEO Pat Gelsinger (pictured right) snatched away the spotlight by announcing a major new alliance that makes VMware’s software-defined data center stack available on Amazon’s public cloud. Or rather, will make. The new service, which will be sold and supported by VMware and integrates with VMware-based private clouds, is in technical preview at the moment and won’t officially launch until the middle of next year some time. No word on pricing yet, either.

Still, this can’t be a welcome development in Redmond. A week ago at this time, Microsoft had a true, integrated hybrid cloud platform that seamlessly merged the Azure public cloud with on-premises systems like Windows Server, while AWS was public cloud only. That differentiator is set to disappear now, however. To make matters worse, moreover, the AWS-VMware hybrid cloud platform combines the market leader in public cloud technology with the market leader in virtualization (if not private cloud) technology, more or less instantly turning Microsoft’s once unique hybrid cloud offering into a kind of runner up.

Does VMware have the technical support chops and street-level partners it needs to keep AWS customers happy? We’ll see next year, but you can bet the Softies are hoping the answer is no.

Meanwhile, you’ve got to pity the Microsoft employees responsible for these announcements. Because they kind of got overshadowed by all the Dynamics 365 excitement. You might find it interesting nonetheless to know that:

Under the radar. With all the chatter about Microsoft and Amazon and cloud computing going on, you could easily have missed the concentrated little burst of new stuff from Dell EMC this week, which included:

We could be wrong, and in fact usually are, but suspect this launch wave was meant to whet our appetite for more and bigger announcements headed our way next week at the big Dell World—make that Dell EMC World—user and partner event.

Even deeper under the radar. Needless to say, all sorts of goodies from other vendors reached market this week too. For example:

The vendor community was abuzz as ever with non-product news too this week. For instance, we learned that:

Unicorns aren’t as rare as they used to be. And their ranks, according to CNN Money anyway, include names you’ll easily recognize, like Avast, Datto, Dropbox, and SimpliVity.

Finally, a truly useful algorithm. First the good news: Two computer scientists have solved a surprisingly difficult mathematical puzzle by devising a darn near perfect, envy-free formula for divvying up a cake fairly. Now the bad news: The number of cuts it requires you to make, even if only a handful of people are eating, is greater than the number of atoms in the universe. So, um, I guess we’ll have to resign ourselves to more envy for now. Or less cake.