The Environmental Sustainability Win-Win: Page 2 of 3 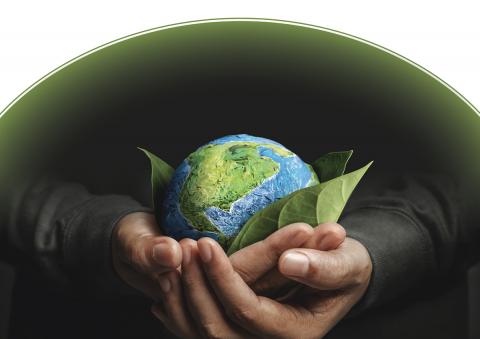 Repurposing used hardware instead of dumping it in landfills is more than just good for the planet. It delivers bottom-line ROI too. By Rich Freeman
Tweet
Reader ROI:
RECYCLING AND REFURBISHING used hardware instead of dumping it in a landfill is helping channel pros win new business.
IT’S ALSO HELPING them recruit and retain employees.
HARDWARE MANUFACTURERS and distributors offer a variety of resources for launching sustainability programs.
THIRD-PARTY IT ASSET DISPOSITION firms are another option, but should be carefully vetted for responsible business practices.

That trend is most pronounced among large businesses in Europe at present, she continues, but making its way into North American SMBs as well, especially in public sector organizations. Core BTS is getting environmental questions more often from small and midsize manufacturers too. “Nobody that we’ve worked with has made it a requirement to do business with them,” Samz says, but building reuse plans into bids has made the company’s proposals more attractive.

Global warming isn’t the only anxiety fueling interest in the fate of used hardware either. “There’s a heavy focus around data security and compliance and chain of custody,” notes Todd Zegers, global vice president of IT asset disposition (ITAD) and reverse logistics at distributor Ingram Micro. “As a trusted adviser, the VAR needs to give the end customer assurance that they’re going to help them alleviate that concern.”

As Core BTS has discovered, there’s also money to be made in sustainability by channel pros, and money to be saved by their clients. “If they’re refreshing every two or three years, that [used] equipment still has 20 or 30% of the original value,” Zegers says. Like most other ITAD providers, Ingram lets partners who return outdated equipment collect a substantial hunk of that value. Sharing some of that bounty with buyers, moreover, can give them an edge over peers.

“Now the price of your new laptop is not $1,000, it’s $900,” Zegers observes. “If you’re the VAR that’s offering that to a client and the three other people that are bidding on that don’t have that capability, guess what? You’ve probably just won that deal.”

You may have an easier time recruiting and attracting talent too. “More and more people are voting to go to work in places where sustainable impact is really a priority,” says Mary Beth Walker, head of global channel strategy at HP Inc.

Still, adopting sustainable business practices is a lot easier for giant companies like HP than for the typical channel pro, something Walker and her team learned several years ago in focus groups. “There were a lot of partners that really wanted to start to lean in around sustainability, but one, either they didn’t know where to start, or two, they didn’t have the money,” she says.

In response, HP created HP Amplify Impact, a program designed to make launching a sustainability initiative simpler. Enrollment is free and starts with an automated self-assessment that ranks newcomers against their peers, and then proceeds to a range of sales and other training courses. Resources are available for partners that already have a sustainability program too. All HP asks, beyond taking the assessment, is that members report once a quarter on deals with a reuse component.

“We want to be able to track how much business we can actually tie back to sustainability,” Walker explains.