The 5 Most Glaring Gaps in SMB IT 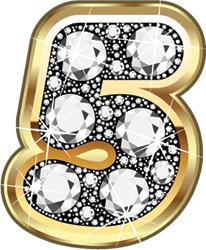 What customers don't know will hurt their businesses - and maybe yours too. Find out where the largest gaps lie in SMB IT. By James E. Gaskin
Tweet

Every small business is different, but every IT provider sees common problems at customer after customer. One customer may be great about security, but terrible at backup. Another may perform backups constantly, but run 10-year-old computers that turn worker productivity into a pipe dream.

Resellers from all over the country provide some horror stories, and what they have done to convince customers to patch the glaring holes in their IT infrastructure. But sometimes, clients refuse the best advice, then crash and burn. Use the bad examples as teaching tools in your next customer or prospect meeting.

“Only one time in 12 years, and that was just recently, have I met a customer with a good backup,” says Amy Babinchak, owner of Harbor Computer Services, a managed services provider (MSP) in suburban Detroit. “Backup is the first thing we look at, and fix, with new clients.” That might mean updating drivers for a system all the way to scrapping an old tape backup for a new disk-to-disk system, and training the employees to use it properly.

Perhaps lulled to apathy by reliable systems, customers remain amazingly resistant to backup advice. “We had [a] $10 million company as a customer last year that kicked us out to save the $150 per month contract,” says Joshua Liberman, president of Net Sciences Inc., a systems integrator in Albuquerque, N.M. “A few months later, their server crashed and they hadn’t done a backup since we left. They’re out of business now.” Think of system maintenance like changing the oil in your car: If you don’t do it, your system will fail sooner or later and leave you stranded.

Mike Byrne, director of MSP at IT management software provider Quest Software Inc., based in Aliso Viejo, Calif., remembers when he was working in the channel and talking to a law firm. “They had no rapid restore functionality,” he says. “Since they liked to brag about how much each lawyer charged per hour, I asked them to calculate how much they would lose in one hour if I unplugged the server. Then I asked them to calculate how much it would be if I stole the server.”

Constant news articles, even in the mainstream press, about security breaches have helped attune customers to the need for security. But knowing they need it doesn’t mean they understand it. Remind them that they are justifiably cautious in the bad parts of town. Then explain that the entire Internet is a bad part of town full of hackers, spammers, and cyberthieves.

“Clients generally don’t get security,” says Jamison West, CEO of Arterian, a Seattle-based MSP. “Often, they don’t know the difference between a $40 Linksys router and a $4,000 Cisco firewall. As more and more companies rely on hosted cloud applications, a lack of Internet access is both a security and productivity issue.”

One network management company that asked not to be named reported it had its own security slip: Their CEO’s personal folders were on a shared drive. Rights to data should be applied, not accidental.

“Users have too much access to their own computers, making an easy path for viruses, and allowing critical data to be copied to USB drives and stolen,” says Nick Cavalancia, vice president, Windows management, ScriptLogic Corp., a network and client management software company in Boca Raton, Fla. “A product able to lock USB drives and elevate user authority as needed to administer their applications without giving them full control will plug many security holes.”

“We push clients to make sure they never have to wait on technology,” says Karl Palachuk, founder of KPEnterprises Business Consulting Inc., an MSP in Sacramento, Calif. “Firewalls that still work but can’t handle traffic shaping for VoIP, or are too old to keep up with higher Internet speeds, need to be replaced.”

Palachuk suggests appealing to the boss’s need for better performance. “Explain to management that upgrading their firewall will provide better service for them, and they’ll do it. Everyone else will also benefit.”

Not always, says Net Sciences’ Liberman. “A customer ran a high-end CAD program on 10-year-old hardware, and wouldn’t upgrade. We put in a $2,000 CAD workstation we built, and a job that normally ran for 48 hours finished in 10 minutes.” The good news? The customer bought the machine. The bad news? The owner didn’t replace the other four systems, just as old, also running the CAD software.

For more security headaches, look in your customers’ pockets. “A year ago, maybe one person in a small business had a smartphone,” says Babinchak. “Today, most small businesses are buying everyone a smartphone. That means a lot of new security issues are not getting much thought.”

Ask your clients to update their “acceptable use” policy for employees getting smartphones, and you’ll find they don’t have a policy. But they need to remember who owns the data, even if the employee owns the phone or laptop. “We suggest employees sign a document that says at the end of employment, or for any other reason, the company can wipe their device clean to protect their intellectual property,” says Babinchak. This may sound harsh, but do your customers really want their employees carrying their customer list or other critical files to their next job?

“We see lots of small businesses looking at IT as an expense rather than a business asset,” says West. “We provide a vision of how technology will drive growth and profitability. If they drive their business vision first and pick their technology later, it doesn’t work.”

“Many customers don’t treat their network holistically,” says Liberman. “They buy a new PC only when an old one dies. They don’t look at how new software will impact their network.”

Help your customers look down the road. No matter how great a deal they get on equipment, if they have to change direction and throw it out next year, they’ve lost time and money.

As Liberman notes, “The worst part is when we put together a network without a single hour of unscheduled downtime in a year, and the customer says there’s nothing to it.”