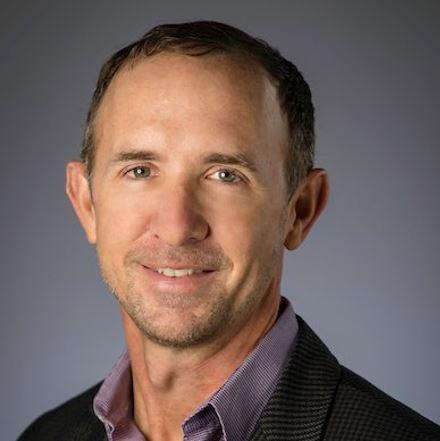 Officially named Tech Data’s senior vice president of endpoint solutions for the Americas a month ago, Kinlaw spent the last three years at Lexmark as vice president of channel and OEM sales. That followed 13 years at Lenovo, where his final title was vice president of North America channel and U.S. SMB, and a previous stint at IBM. All of that experience, Kinlaw believes, puts him in a great position to perform a distributor’s traditional task of playing match maker between vendors and VARs.

The immediate opportunity for VARs, he continues, is steering them toward the biggest current and emerging endpoint-related markets. Those mostly revolve around services for hardware resellers and around hardware for service providers—especially as businesses continue to snap up laptops, webcams, and other gear for their now home-based employees.

“MSPs who previously only did services and frankly didn’t want to do hardware are now dipping their toes into the hardware space,” Kinlaw notes. “I want to make sure that we’re laying out in a digestible way what those benefit statements are from an Acer to an Apple to a Dell to a Lexmark, because each of them have unique things that they bring to market.”

Job number one on the vendor side of Kinlaw’s new responsibilities, meanwhile, is making introductions to appropriate VARs, drawing on the storehouse of sales and skill set knowledge possessed by Tech Data’s salesforce and partner reps.

Though still acclimating himself to his new role, Kinlaw sees promise for both VARs and vendors already in solutions that combine hardware with online applications and infrastructure. That’s an opportunity he first became aware of when his previous employer introduced Lexmark Cloud Services, which helps printer owners update firmware, track toner consumption, and more.

“It was an awakening for me, which I’m using today in the Tech Data world to better link not just cloud with print, but cloud with PC,” Kinlaw says.

Endpoint solutions and cloud computing are two of four strategic focus areas for Tech Data, along with security and the Internet of Things.

Forging go-to-market strategies with telecommunication firms and mobile carriers around 5G networking is another near-term priority. With 5G rapidly moving off of roadmaps and into production, sales of “always connected devices” are poised for take-off, according to Kinlaw. “You’re not talking small numbers,” he predicts. “You’re talking hundreds of thousands of devices that could be incremental for year-on-year growth for us.”

ICYMI: Our Channel News Roundup for the Week of November 29th
7 Lessons Learned from Cybersecurity Experts in 2021
END_OF_DOCUMENT_TOKEN_TO_BE_REPLACED

LG Gram for Business 17 (2020): Big Reasons to Like It
END_OF_DOCUMENT_TOKEN_TO_BE_REPLACED