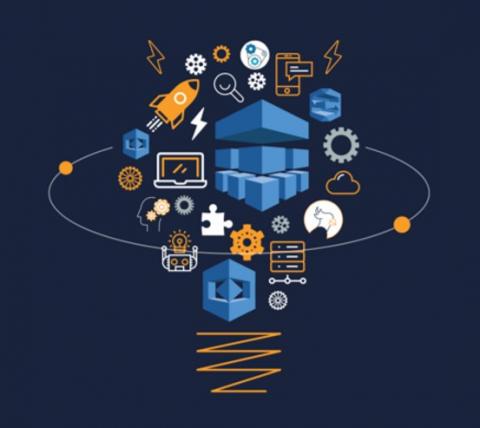 Partners of the cloud distributor will have access to over 250 AWS solutions and a supporting array of enablement resources and outsourced professional services beginning May 18th. By Rich Freeman
Tweet

Pax8 has forged an agreement to add offerings from Amazon Web Services to its lineup of software- and infrastructure-as-a-service solutions.

The deal, which comes a day after the cloud distributor announced a $185 million funding round that values it at $1.7 billion, adds the top name in public cloud computing to a line card that already includes an extensive selection of Microsoft cloud services.

“There’s definitely demand within the SMB world for the solutions and services that AWS is able to offer,” says Nikki Meyer, Pax8’s vice president of global vendor alliances. “We have been listening to our existing partner ecosystem and definitely heard loud and clear from them that this is a potential gap that we have on our line card right now.”

Over 250 AWS services are set to become available through Pax8’s marketplace on May 18th, including two of Amazon’s most popular, Elastic Compute Cloud (EC2) and Simple Storage Service (S3).

Those two particular products will be backed by a range of sales and technical enablement programs and outsourced professional services, delivered by an in-house team of AWS-certified specialists. Pax8 plans to roll out similar programs for additional AWS solutions over time.

AWS commanded roughly a third of the $50.5 billion global market for cloud infrastructure services at the start of this year, according to Synergy Research Group, well ahead of Microsoft Azure’s 21% share. Though Azure is more widely embraced than AWS within the SMB channel, a growing portion of Pax8 partners sell and support at least some AWS products.

“There is definitely demand from our top partners for sure,” says Meyer.

End users increasingly use a mix of cloud platforms as well. Nearly two-thirds of businesses will operate multicloud environments by 2025, according to recent research from hyperconverged infrastructure vendor Nutanix. An overwhelming 87% of participants in that study, moreover, agreed that simpler management is a key to success in multicloud deployments. According to Meyer, buying Azure and AWS services through Pax8, along with the various SaaS applications they resell, solves that challenge for MSPs by enabling them to consolidate ordering, provisioning, and invoicing in one place.

“At the end of the month, you get a single bill that comes across for all of your vendor purchases,” she says.

Adding AWS to Pax8’s lineup of cloud providers will potentially burnish the company’s appeal to AWS-first or only MSPs not currently within the distributor’s reseller community as well, Meyer adds.

Pax8 has no plans at present to add the third of the top three public clouds, Google Cloud Platform, to its line card. “Taking on a new vendor of that size is a significant investment for Pax8 to do,” Meyer notes. “We need to make sure that [AWS] lands and that it’s a good experience for all of our MSPs before we even start thinking about the next hyperscale vendor that we would bring on.”

Founded less than a decade ago, Pax8 currently has some 20,000 MSP partners worldwide. The funding round it announced yesterday, which was led by SoftBank Vision Fund 2, follows a $96 million round in January of last year led by Catalyst Investors and Sageview Capital. The additional money will enable the company to accelerate its investments in R&D, global expansion, and scalability, according to COO Ryan Walsh.

GoTo Tightens Integration Between its Ticketing and Communications Apps
END_OF_DOCUMENT_TOKEN_TO_BE_REPLACED