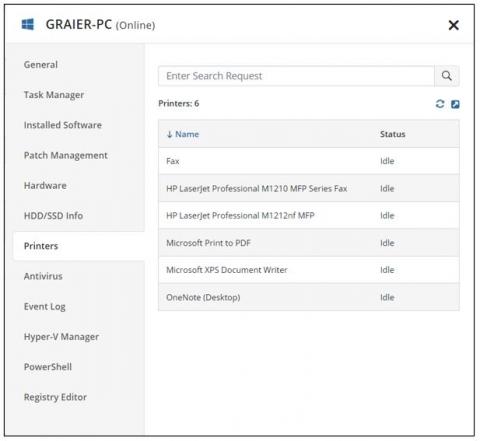 The vendor’s recent release of an RMM solution and forthcoming reseller partner program get it closer to its ultimate goal of selling an integrated product suite both to MSPs and through them to end users. By Rich Freeman
Tweet

MSP360’s unfolding effort to build an integrated suite of products for managed service providers is taking two significant steps forward this summer with the introduction of the vendor’s first remote monitoring and management solution and a new reseller partner program.

The RMM system, quietly made available early in June and first publicized at the end of that month, is designed to be a simple alternative to products from established vendors like ConnectWise, Datto, Kaseya, and N-able for MSPs who just need a basic collection of features, according to MSP360 CEO Brian Helwig.

“A lot of MSPs that we talk to tell us that the RMMs that are out there today are too complex,” he says. “They want some basic alerting. They want some whitelisting of software. They want remote PowerShell capability. They want some easy reporting so that they can take action very quickly when it comes to antivirus databases, security patches, things like that, being out of date.”

MSP360 RMM, as the new product is officially known, provides that core functionality plus integration with PSA software from ConnectWise and N-able. Users of MSP360’s previously introduced backup and remote desktop systems can add RMM to their stack by clicking a check box.

“We want our time to market to be pretty easy,” Helwig says.

The system is priced well below name-brand RMM platforms as well. MSPs can deploy and run the solution free for the duration of an early access period set to end in October, and will pay $49 per technician per month for unlimited endpoints thereafter, with no contractual commitments. That, according to Helwig, makes the system an appealing step up for users of free RMM tools from providers like Comodo and Spiceworks who don’t want to invest in bigger, pricier solutions.

All three of the products in MSP360’s growing portfolio, in fact, are aimed at channel pros looking for affordable yet still reasonably robust managed services solutions. The remote desktop product, which is an embedded feature of MSP360 RMM, is also available stand-alone for $25 per administrator per month. According to Helwig, that’s a money-saving option for MSPs that don’t need to give all of their technicians full-blown RMM functionality.

Interest in MSP360 RMM, despite limited marketing, has been strong, Helwig says. At present, nearly 260 organizations are managing over 7,400 endpoints with the new solution. Another eight to 10 companies download the product each day, on average.

Formerly known as CloudBerry Lab, MSP360 adopted its current name in 2019 in conjunction with a strategic quest to turn the backup software it was then best known for into one part of a broader product suite made specifically for MSPs.

A revamped partner program now in development is part of a gradual and related process aimed at embracing a channel-only sales model. According to Helwig, MSP360 receives roughly 8,000 sales leads a quarter, many of which come from corporate IT departments. Beginning toward the end of this year, prospects with fewer than 500 users will flow to partner program members. Those that follow up promptly will get more and higher-quality leads going forward than less responsive partners.

ChannelPro 5 Minute Roundup for the Week of May 23rd, 2022
END_OF_DOCUMENT_TOKEN_TO_BE_REPLACED