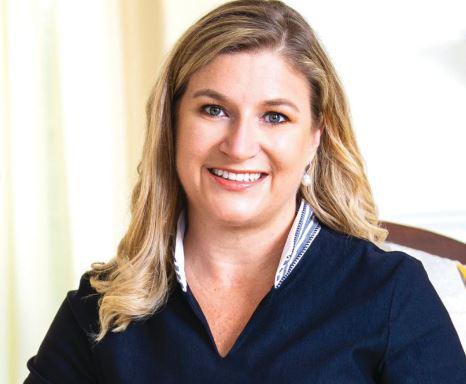 The Chicagoland channel pro is hustling to get clients ready for travel restrictions that go into effect in her home state tomorrow, while developing online resources that she and peers can use to support each other in difficult times. By Rich Freeman
Tweet

Lori Tisinai saw what was coming. Her clients mostly didn’t.

Tisinai is president and owner of Computer Concepts USA, a computer training and support provider based in Lake Bluff, Ill., north of Chicago. Until today, her region of the country had been less severely impacted by the Coronavirus outbreak and associated travel restrictions than coastal areas like California, Washington, New York, and New Jersey. Under orders issued today by Gov. J.B. Pritzker, however, the entire state of Illinois will be under a “stay at home” mandate beginning tomorrow afternoon.

“Things are starting to shut down,” says Tisinai, who has been working hard in recent days to get her customers ready for that possibility. “I’ve been trying to reach out to my top clients to let them know I’m here to help them,” she says.

Their response? Mostly indifference, she says.

“These are well-educated people. This is what’s so mind boggling for me,” Tisinai told ChannelPro yesterday. “They’re not seeing what’s happened in other places. They don’t think it’s going to come here and happen to them.”

Tisinai did her best to get them ready anyway. Some of her customers store their data in the cloud, but many use on-premises hardware instead. “I’m just informing them all that they should take their stuff home with them,” Tisinai says. “If the power goes out or something happens to that machine and we can’t turn it on, we may not be able to turn on that computer for two weeks.”

Until now, at least, such warnings have had little impact. “Trying to convince them to do this is kind of crazy. No one thinks that they’re going to have to leave their office and they won’t be able to come back,” Tisinai says.

Some may be planning to work from a home PC, she fears, noting that plan poses serious security risks. “There’s no backup on that computer. I don’t know what you have for protection on that computer,” she says. “They don’t have a firewall, except a firewall from their internet service provider.”

Tisinai is striving to alert potentially vulnerable telecommuters to risks like that they don’t appreciate. “I’m educating them about the various scams that are going on,” she says. “I’m going to be working on doing some videos to send to them, and then also working with one of my providers to send out some other educational training, just to make sure that people are staying safe and being protected.”

Though many of her clients may be late to preparing for remote work challenges, Tisinai isn’t. “I’m asking people more for personal phone numbers or email addresses, just in case something goes down,” she says. “I want to be able to make sure that I can communicate with everybody.”

Tisinai’s also asking clients what phone system they use at the office. “They may not know how to check voicemail remotely,” she notes, and some of them may still have time to put a far more accessible VoIP system in place.

State of Malware: Breaking Down the Threat Landscape

Jabra PanaCast Review - Get Your Huddle On
END_OF_DOCUMENT_TOKEN_TO_BE_REPLACED