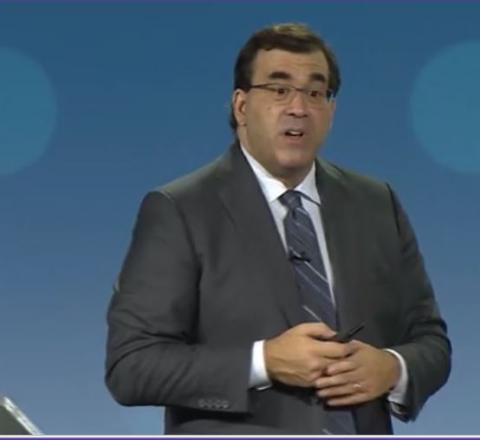 “If you boil them all down, they’re about MSPs being able to be more efficient,” says Chief Strategy Officer Mike Puglia (pictured) of the changes, which Kaseya discussed during its 2020 Connect IT conference. By Rich Freeman
Tweet

Kaseya has unveiled the latest wave of integrations and updates across its portfolio of IT management solutions.

The enhancements, which were announced during the vendor’s Connect IT conference for 2020, are the most recent examples of an ongoing effort by Kaseya to win the hearts, minds, and wallets of MSPs and corporate IT departments by turning deep workflow coordination across its RMM, PSA, documentation, and other solutions into a source of increased productivity and reduced operational outlays.

“If you boil them all down, they’re about MSPs being able to be more efficient,” says Mike Puglia, Kaseya’s chief strategy officer, of the changes introduced today.

Among them is the ability to view and edit documentation in Kaseya’s IT Glue solution, in addition to RMM and PSA data, from within the company’s Fusion mobile app. “Now I get to see holistically who the customer is all in one shot,” Puglia says.

Examples of tighter cross-platform integrations announced today include a link between IT Glue and the Unitrends MSP backup solution that looks for new endpoints in end user environments and automatically verifies that they’re being backed up. That’s work technicians performed by hand in the past, Puglia notes, and also reveals incremental backup revenue opportunities.

“There could be new things coming on all the time,” he says. “Now you have a sales opportunity kind of pre-canned for you.”

A further integration involving Unitrends MSP automatically adds backup solution and sizing recommendations to reports produced by the RapidFire Tools Network Assessment Module every time that system finds a device with unprotected data in a current or potential client’s infrastructure.

“A lot of people, they go look at a customer or a prospect and then they come back and they get into a spreadsheet and then they start doing math,” Puglia observes. The new functionality spares MSPs from those manual calculations. “The chief benefit there is just the time savings,” Puglia notes.

A new feature in Kaseya Compliance Manager, meanwhile, creates tickets in BMS, Kaseya’s PSA system, for each potential regulatory violation it identifies. Based on technology originally developed by RapidFire Tools, Compliance Manager automatically checks end user environments for adherence to requirements defined by laws like GDPR and HIPAA, as well as the NIST Cybersecurity Framework and cybersecurity insurance policies. Technicians had to file tickets for problems exposed during those inspections by hand before.

As ChannelPro reported separately earlier, Kaseya has also integrated Graphus, the phishing defense solution it officially added to its product family yesterday, with the Dark Web ID dark web monitoring solution and BullPhish ID security awareness training system, both from Kaseya’s ID Agent unit. BullPhish ID, in particular, can now roll out Graphus automatically to every user in its database.

An upgrade to Dark Web ID announced today augments data about end user domains collected on the cybercrime black market with company data such as number of employees, business type, estimated revenue, and more. The additional data is designed to help MSPs who use the ID Agent solution as a prospecting tool conduct targeted searches.

LG Gram for Business 17 (2020): Big Reasons to Like It
END_OF_DOCUMENT_TOKEN_TO_BE_REPLACED