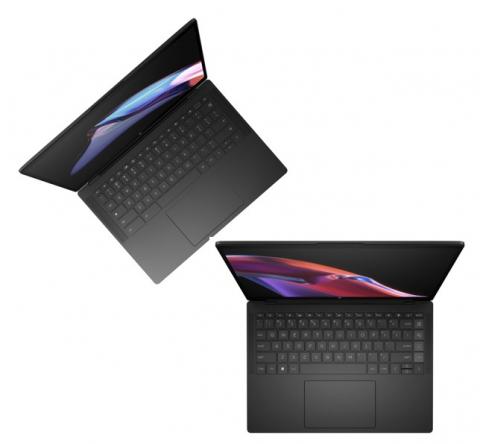 The forthcoming PCs and peripherals include new Dragonfly Pro laptops and Chromebooks (pictured) specifically aimed at freelancers and equipped with 24/7 live concierge support at no extra charge. By Rich Freeman
Tweet

HP has introduced a salvo of new PCs, peripherals, and services designed to meet the evolving needs of hybrid workers.

Unveiled on the eve of this year’s CES conference in Las Vegas, the new devices include two additions to HP’s Dragonfly laptop family specifically built for freelancers, a user population that wants processing power, long battery life, high-definition video, and crystal-clear audio but doesn’t want to invest time on pre-purchase research, according to Tylitha Stewart, HP’s vice president and global head of consumer subscriptions and services.

“At their core, these customers are seekers of simplicity,” she says. “They just want their technology to work, to do what it needs to do, and not to have to fully understand all the mechanics of that.”

Powered by AMD Ryzen 7 processors, the HP Dragonfly Pro is a 14-inch clamshell notebook designed to provide up to 16 hours of battery life. The device features a 5MP infrared webcam and a Bang & Olufsen audio system featuring two microphones and four speakers.

The Dragonfly Pro Chromebook, also 14 inches, runs on 12th Gen Intel processors. According to HP, its 8MP webcam is the world’s first in a clamshell Chromebook, while its 1200 nit display is the world’s brightest touchscreen in Chromebooks more generally.

Both devices come with one-touch access to 24/7 live concierge support at no additional cost. “Gone are the days of searching for support, waiting in long lines, making an appointment at a tech bar,” Stewart says, noting that optional total device protection plans are available as well at monthly subscription prices.

“You can show your face, an object, or the whiteboard simultaneously either as picture-in-picture or side-by-side, and keep your audience engaged,” says Yolanda Rivas, HP’s senior director of commercial notebooks product management and sustaining. “Auto Camera Select” functionality, she adds, uses intelligent face tracking technology to switch cameras automatically when users with multiple displays turn their attention from one monitor to another.

All three devices are due this spring. Pricing will be announced closer to product availability.

The new HP 24 and 27 inch All-In-Ones also include repurposed food waste: According to HP, they’re the world’s first PCs made with recycled coffee grounds, which serve as speckles in the unit’s finish. More than 40% of their enclosure contains post-consumer recycled plastics, HP says, adding that the arm stand features 75% recycled aluminum and the stand base is made entirely from reclaimed polyester.