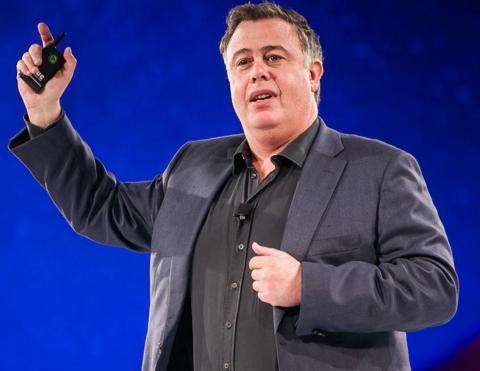 Partners enrolled in the lowest of the Partner First program’s current tiers, which is slated for elimination, will get information and assistance exclusively through distributors going forward. By Rich Freeman
Tweet

In conjunction with its 2016 Global Partner Conference, which kicks off today in Boston, Palo Alto, Calif.-based HP Inc. has announced a series of changes to its Partner First channel program, including new specializations, a revamped tiering structure, and the elimination of direct account management resources for HP’s lowest-ranked partners.

Beginning with the start of its 2017 fiscal year on November 1st, the Partner First program will replace its current four tiers with three, to be named Platinum, Gold, and Silver. Partners in all three tiers will continue to have access to sales and technical assistance from HP’s channel organization. Members currently enrolled in Partner First’s lowest tier, however, will get information and support exclusively through distributors. HP has 8 distributors in the U.S. at present, and no immediate plans to add more.

“We’re empowering our distribution partners to get much more engaged with our partners,” says Thomas Jensen, vice president of worldwide channel sales and strategy at HP. The change also positions HP to devote more time and resources to a smaller set of its best partners, he adds.

Also announced today were new Partner First specializations designed to reflect changing customer needs and market trends. Starting November 1st, HP partners can pursue specialist status in mobility, device-as-a-service, and 3D scanning. The company will also roll out an updated version of its existing managed print specialization at the start of its fiscal year. Additional specializations in 3D printing and vertical industries will follow over the ensuing 12 months.

Requirements for the new specializations will include revenue thresholds and having specified numbers of HP certified employees on staff.

Several of the forthcoming specializations align directly with recent HP product offerings. The company introduced a new device-as-a-service procurement offering in June, for example, and shipped what it billed as the world’s first production-ready 3D printing system in May.

HP also introduced two new marketing resources today aimed at helping its partners sell those and other offerings more effectively. The first is a free social media center equipped with customizable content about security, mobility, and other top-of-mind topics that Partner First members can distribute via Facebook, Twitter, and other social networks.

Available immediately in North America and elsewhere worldwide over the next few months, the social media center seeks to fill gaps between the marketing techniques its partners currently use and the research techniques its customers increasing utilize. While two-thirds of IT buyers include digital information gathering in their procurement process, few Partner First members currently make use of social networking as a prospecting tool, according to Vincent Brissot, HP’s head of channel marketing, demand, and content services.

“Except for a few partners, generally speaking their digital footprint is fairly minimal,” he says. The social media center, which closely resembles a nearly identical service introduced by Hewlett Packard Enterprise today, will arm partners to make greater and more sophisticated use of digital marketing tools.

Coming soon to Partner First members as well are significant enhancements to HP’s Co-Marketing Zone. That website provides access to co-branded collateral that channel pros can use in marketing campaigns. Starting shortly, however, the site will also include tools for designing and executing those campaigns, sparing partners the expense of hiring a marketing agency to do that work.

The updated Co-Marketing Zone will also include campaign ROI reporting tools and a simplified user interface.

According to Jensen, all of the new Partner First benefits revealed today underscore HP’s commitment to increasing the portion of its revenue collected via partners, which has risen from 80 percent to 87 percent in the last year.

“We are endeavoring further on that track,” he says.

Staying Secure Amid the Uncertainty
SMB Books moving to a new site: Get your downloads now!
END_OF_DOCUMENT_TOKEN_TO_BE_REPLACED