D&H Is Latest, and Last, Addition to AVG’s List of U.S. Distributors 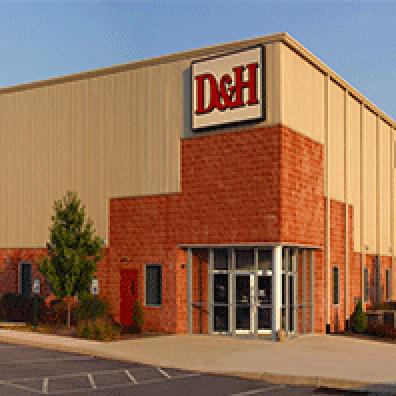 Under the terms of a newly inked alliance agreement, D&H joins a short list of authorized ordering and fulfillment options for AVG’s entire portfolio of managed services and business-oriented security solutions. By Rich Freeman
Tweet

The new partnership represents the latest step in AVG’s ongoing initiative to rationalize its worldwide distribution strategy. As ChannelPro reported in May, that model, which was devised by Fred Gerritse, general manager of AVG Business, assigns preferred status in specific geographies to one or two broadline distributors and a smaller set of more specialized firms. The goal is to boost reseller satisfaction and effectiveness by streamlining and simplifying tasks like ordering, shipment, and invoicing.

“We have not been historically the best in class with back office [processes],” observes Francois Daumard, vice president of global channel sales for AVG Business. “We want to have this piece taken care of by the experts, the masters of doing that, which are the distributors.”

D&H makes an especially good choice for the new distribution plan, he adds, because it combines a broadline distributor’s logistical proficiency with a specialist distributor’s emphasis on the SMB channel.

“D&H [is] very focused on SMB [and] very familiar to the channel pro SMB audience and network of partners,” Daumard says. “I think we have a very good alignment of minds in terms of us working with them and them working with us.”

D&H, for its part, sees partnering with AVG as a means of advancing its campaign to help the most committed and capable of its resellers step up from serving the smallest of small businesses to supporting larger 25 to 100-seat accounts.

AVG makes a strong fit for those efforts, he continues, in part because its products, and especially its security solutions, are well suited to businesses at the middle and upper end of the SMB spectrum.

“Their tool sets have got some scalability features that VARs and MSPs will be very attracted to,” DiMarco predicts, adding that AVG also shares D&H’s dedication to the channel.

“As far as how they go to market, it couldn’t be a better match from a company perspective,” he says.

According to Daumard, D&H is the last distributor AVG plans to add to its list of U.S. distributors. The company’s main priority now is ensuring that resellers are aware such a list exists and know who’s on it. Daumard says he regularly speaks with partners who had no idea they can now acquire AVG licenses through distribution.

“We have some communication effort to continue doing,” he notes.