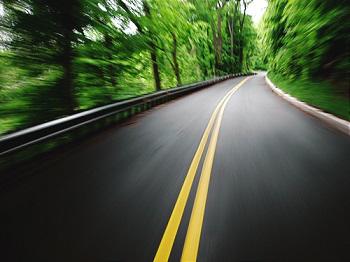 Dan Schwab reveals the secret to D&H's 95 years of success and prognosticates on the opportunities for its resellers in the New Year. By Cecilia Galvin
Tweet

The fourth quarter was a seasonal gift for D&H Distributing Co. In that quarter, the Harrisburg, Pa.-based distributor achieved 11 percent growth over last year's Q4, mainly thanks to tablets and mobility. But the real gift was that it did so at the close of the company's 95th year, putting an exclamation point at the end of its milestone achievement.

In this year-end conversation with Dan Schwab, co-president of D&H, we learn the secret to the company's success and what the distributor believes the New Year holds for its SMB resellers.

ChannelPro-SMB: To what do you owe this Q4 growth?

Schwab: It's twofold. It's our demand-generating business model and the fact that we're proactively selling technology to help our customers expand their business vs. [being] more of a fulfillment-based distributor. And the second thing is our focus on emerging technologies-really taking an early leadership position on certain technologies and categories.

In the IT business it's a moving target. You've heard the Wayne Gretsky line. When people asked him why he was so great, he gave a simple answer: "You skate to where the puck is going, not to where it is." We are always looking ahead for new business opportunities whether they be customers or vendors or technologies.

ChannelPro-SMB: Mobility has been big for D&H this year. What have you been doing with your reseller customers to move them farther along the mobility continuum?

Schwab: We invest monthly in our customer base in training and education. And mobility has been front and center all year. An example would be at our Mid-Atlantic Technology show in Hershey [Pa.]. The center of the show, 40 feet by 40 feet, was all mobility, all touch, all tablet. In conjunction with Microsoft and Intel, it was a way for our partners to utilize, demo, and discuss [mobility] with all manufacturers-from HP to Lenovo, to ASUS, to Acer, to Toshiba, to Samsung. And great training sessions went on as well, so we've been pushing it dramatically.

ChannelPro-SMB: Speaking of end of life for XP, how is D&H helping its resellers figure out what's next?

Schwab: What we've been doing, first and foremost, is communicating, because it's not only XP end of support but [Microsoft] Server 2003 end of support, because that's another technology that's a decade old and very well established and successful.

But the first thing is helping our resellers and giving them the tools to let their customers know about XP. For most businesses or end users, this wouldn't hit their radar. So we've created a lot of end-user, demand-generation pieces though our partner services program, which D&H created in partnership with our vendors, that offers free marketing for our resellers to communicate with their end users. It explains about the XP end of support, and at the same time talks about all the exciting technologies they can upgrade to.

That's when the conversation [with end users begins], and that's why we've spent the bulk of our time training our customers on the latest desktops and mobile solutions, either notebook or tablet. There are alternatives and there are options, and that's what makes it exciting. Even a small business might buy a couple of desktops for the front office, they may buy some tablets for their field salespeople, and at the same time we're telling our resellers that as they're doing the client upgrade refresh cycle, because of Server 2013 they can have the conversation about the entire small business infrastructure, utilizing the latest networking, storage, server, and security technologies.

ChannelPro-SMB: Are Windows tablets ready to take off in 2014 for business users?

Schwab: Yes, I think there's pent-up demand for Windows tablets. There are people who have not migrated to tablets for their business applications or they have acquired a different tablet that they like, but it's more of a prosumer product and they're not using their business-critical apps on it. Today, with Windows 8 built for touch, all the manufacturers are getting behind it due to their Microsoft relationships, and I think this year will be very strong for Windows 8.

ChannelPro-SMB: What else do you see coming up in 2014 that will be strong?

Schwab: We see 2014 more as evolutionary rather than revolutionary. It's a major upgrade cycle. But there's also interconnectivity. We're seeing more and more technology that will allow you to control your home, your business, watch the surveillance video from your company on your phone, wearable technology for healthcare-we see them as all interrelated and promising for IT resellers and CE dealers alike.

The MSP’s Role in Solving the IT Skills Gap
Best IT Certifications for Beginners
Bridging the Skills Gap: Funding Skills Programmes
END_OF_DOCUMENT_TOKEN_TO_BE_REPLACED