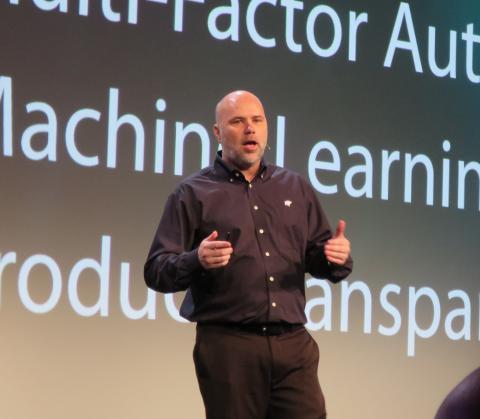 ConnectWise has officially launched a new version of its online marketplace with e-commerce capabilities, as well as a new partner dashboard and new single sign-on (SSO) capabilities for its entire suite of managed services software.

The vendor trumpeted those and other product enhancements at the 2019 edition of its IT Nation Explore conference in Orlando, which wrapped up earlier today. Formerly known as Automation Nation, that event is designed to deliver product and technical information to administrators, service managers, and other daily users of ConnectWise applications.

The marketplace, which will gradually provide self-serve purchasing capabilities for products from ConnectWise and its integration partners, replaces an earlier site that simply cataloged those systems, forcing would-be buyers to contact the relevant vendor separately.

“[It] takes at best hours, most likely days, in order for that whole process to go back and forth,” notes ConnectWise Chief Product Officer Jeff Bishop. The new marketplace, by contrast, lets users complete transactions in minutes.

The system supports both license- and usage-based billing models too. According to Bishop, that functionality automates a much-requested capability that’s impossible to provide manually. “It would have been a business operations nightmare, and now it’s all handled behind the scenes programmatically,” he says, adding that automation was a design goal for the marketplace more generally.

“We wanted to build this out to be truly transactional out of the box, no manual intervention anywhere,” Bishop says.

The revamped marketplace becomes available to current ConnectWise partners on June 24th. Non-partners will gain access to the site as well this summer.

Security vendors Bitdefender and Webroot are the first two ConnectWise partners to make products available through the marketplace. Acronis, Storage Guardian, and StorageCraft will join them as well within the next few weeks. Bishop expects roughly 50 vendors to have offerings listed on the site by the end of the year.

BVoIP, a provider of voice-over-IP solutions for MSPs, hopes to be among them. “If you look at our partner base, probably seventy or eighty percent is on ConnectWise,” says Alec Stanners, the company’s vice president of business development. “Because of that, it just makes sense for us to continue to enable that to grow. Obviously, it makes life easy on our partners if they can just buy on the fly.”

Joining the marketplace is a collaborative process that so far has taken vendors months to complete. “The first few have been a lot of back and forth,” Bishop says. “You’re going through a process of meeting up with our API team. Several dev resources sit down and work with you to understand what kind of integrations can you provide and what do you want to do.”

Data protection vendor Axcient is in the midst of such efforts now and hopes to have a marketplace integration completed soon. “It’s just a work in progress,” says David Bennett, who became the company’s CEO in February. ConnectWise is smart to be meticulous about onboarding, he adds.

“That’s an appropriate strategy. Do it right rather than just trying to cram everyone in and have a crappy customer experience,” Bennett says.