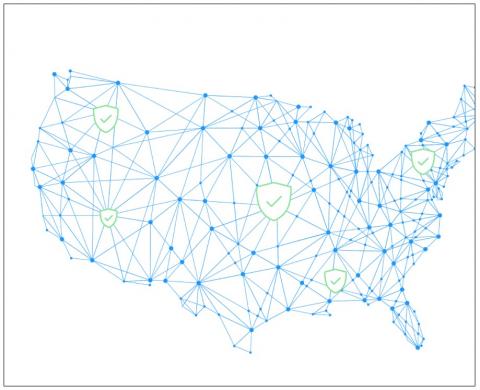 When put into production, during the third quarter of this year if not sooner, the service will be available from directly within the ControlOne management console, according to Robert Boles, president and founder of BLOKWORX, who spoke with ChannelPro during last week’s SMB Forum event in Chicago.

“We’re basically creating a relationship where if [MSPs] just want to flip the switch and turn BLOKWORX on, they’ll be able to,” he says.

Introduced in March, ControlOne combines SD-WAN, WAN optimization, WAN failover, VPN, firewall-as-a-service, and other components into an integrated bundle designed to provide MSPs everything they need to connect offices and remote workers securely, centrally, and simply.

The BLOKWORX service will give buyers the option of outsourcing monitoring and management of the system to a full-blown, third-party SIEM staffed by experienced security analysts.

“ControlOne has what they’re calling a ‘SIEM light’ built in, but they don’t have any intention of creating a managed service on it where they will manage it and administer it,” Boles says, adding that his company aims to fill that gap.

Boles and his team, who provided feedback to Cytracom during the development of ControlOne and participated in beta testing, have long been looking fruitlessly for an MSP-friendly secure access service edge (SASE) solution to add to its existing offerings, which include endpoint, cloud, and edge security services.

“If we put our name on something, it’s because we have confidence in it and we’ll stand behind it,” Boles says. “We just never came across anything that we would put our name onto.”

ControlOne, he continues, offers not only SASE functionality but a lot of other elements in BLOKWORX’s list of 21 fundamental security controls as well, including hard to find features like threat hunting capabilities and segmentation of Internet of Things devices.

BLOKWORX will use a custom SIEM platform to serve ControlOne clients. Rolled out earlier this year, the system combines open source code with “home brew” technology developed in house.

According to Boles, SIEM software is one of several things that set BLOKWORX apart from other MSSPs. The company’s emphasis on blocking attacks rather than reacting to them is another, he says, adding that it's an unusual strategy at a time when detection and response solutions are getting most of the attention from analysts and investors.

“Response is a key component of any cyber defense strategy,” Boles says. “I think what differentiates us is our just fanatical focus on prevention.”

Cytracom is the latest addition to a list of BLOKWORX technology partners that includes Deep Instinct in endpoint security, Avanan (now part of Check Point) in cloud security, and Fortinet, Palo Alto Networks, and Sophos in edge security. The company has also been using security orchestration automation response (SOAR) technology from WitFoo to support clients in the financial services industry and other verticals with special requirements for the last year.

ICYMI: Our Channel News Roundup for the Week of January 23rd, 2023
END_OF_DOCUMENT_TOKEN_TO_BE_REPLACED