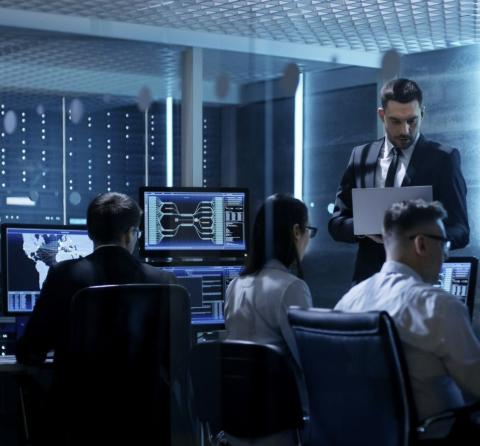 Scheduled to ship this quarter, MDR Foundations will let users pay an adjustable monthly per-seat amount for managed detection and response assistance rather than make upfront commitments in an annual or multi-year contract. By Rich Freeman
Tweet

Bitdefender is developing a pay-as-you-go version of its managed detection and response service specifically targeted at MSPs and their recurring revenue models.

Scheduled to enter general availability at the end of the current quarter, Bitdefender’s MDR Foundations service will let users pay an adjustable monthly per-seat amount, billed in arrears, rather than make upfront commitments in an annual or multi-year contract.

“If I have 200 seats today and 250 seats in July, I want to be able to match that,” said Richard Tallman, senior director of global cloud and MSP at Bitdefender, during a conversation with ChannelPro at this week’s Ingram Micro Cloud Summit in Miami. “I don’t want to lock in for a three-year agreement. I need flexibility to meet the demands of our business.”

Launched in 2020, Bitdefender’s MDR service combines solutions from its GravityZone platform with outsourced incident response assistance from a security operations center in San Antonio staffed by expert analysts. Bitdefender designed the Foundations version in direct response to feedback from MSPs looking for the ability to align what they pay for outsourced support with what they charge clients for security services.

MDR Foundations provides a subset of the services found in other versions. “We’ve stripped out some of the things from it to kind of meet that [MSP] demand,” says Tallman, citing penetration testing and site visits as examples. The new version relies more heavily than others on automation and artificial intelligence to spot anomalies in end user environments too.

“Then the analysts can look and see what’s going on,” Tallman says.

Bitdefender partners can apply MDR to portions of their customer base. “You don’t have to turn it on for everybody,” Tallman says. “It’s very directed and dialed into exactly who and what you want us to help monitor.”

The high cost of hiring and retaining security analysts, which is only getting worse amid today’s acute IT talent shortage, is contributing to MDR’s popularity, Tallman notes.

“The partner can leverage the expertise that we have that they can’t find,” he says. “We’ve just put it in more of a consumption-based model.”

Worldwide spending on MDR solutions will climb at a 20.2% CAGR through 2025 to $2.15 billion, according to Gartner.

ICYMI: Our Channel News Roundup for the Week of June 20th
END_OF_DOCUMENT_TOKEN_TO_BE_REPLACED