The 20 Acquires Six of its Member MSPs 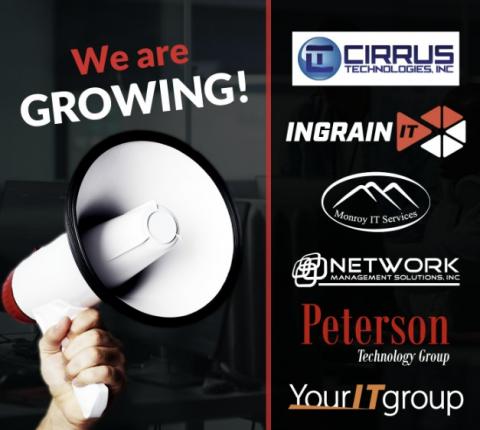 The first in a forthcoming wave of purchases, the rollup marks the official start of a process aimed at turning a one-time MSP co-op into an MSP itself with a national footprint and the scale to underprice smaller, locally-based competitors. By Rich Freeman
Tweet

In the latest step of an ongoing evolution, The 20 has acquired six of its member MSPs.

The rollup, which follows what CEO Tim Conkle calls a “test run” purchase of a single firm earlier this year, marks the official start of a transition for the organization from its roots as a co-op for independently owned managed service providers into a rapidly growing MSP itself with an expanding national footprint and the scale to underprice smaller, locally-based competitors.

Conkle described that plan, along with his longer-term ambition to sell the company for $1 billion or more, last year.

The six channel pros involved in the first of a projected wave of purchases are Cirrus Technologies, which is based in Troy, Ohio; INGRAIN IT, based in Wauwatosa, Wisc.; Monroy IT Services, based in San Antonio; Network Management Solutions, of Santa Cruz, Calif.; Peterson Technology Group, of Madison, Wisc.; and Your IT Group, based in Boca Raton, Fla.

Conkle declined to specify the aggregate value of the six deals, but said the firms involved currently average $2.5 to $3 million each in annual revenue.

Another seven acquisitions will close next month, says Conkle, who expects to purchase roughly five to seven additional MSPs a month for the next three years. “I’ve probably got 50 plus that are ready to be acquired,” he says.

All six of the companies purchased this week were formerly part of The 20’s membership group (now officially named The 20 MSP Group), which will continue to operate as a subsidiary of the parent MSP (now called The 20 MSP) that teaches the sales, operational, and other processes enrollees must embrace to become potential acquisition targets in the future.

“That’s where people come in and really learn to grow,” says Conkle. Buying companies that already use the same tools and do business in the same ways as their purchaser, he notes, accelerates the onboarding process and makes the ownership change essentially seamless for end users.

“We all do the exact same contracts,” Conkle explains. “We don’t have to go back to the customer and have them resign.”

Unlike MSPs in the membership group, who adopt The 20’s master brand but retain their own identity, acquired providers become local, wholly-owned branches of The 20 MSP, an arrangement that will make the company’s structure and geographic reach easier for SMB clients to understand.

“It starts to get confusing when we say we have a national footprint but we’re all different brands,” Conkle notes.

For Chris Traxler, founder and former CEO of Cirrus Technologies, becoming an employee of The 20 instead of a member is a trade-off worth making.

“Being owned by the 20 will definitely position us for faster success in the future,” he says. “We are currently supporting clients in 16 to 17 states, and one of our target client profiles is 100-plus user environments. That client demographic is very sensitive to the footprint [and] headcount of the MSP, and their overall breadth and depth. Being an MSP with a nationwide footprint checks all of those boxes, and only makes it easier to sell those types of opportunities and win new clients. We have an instant leg up on our local competition because of this.”

ChannelPro 5 Minute Roundup for the Week of January 23rd, 2023
END_OF_DOCUMENT_TOKEN_TO_BE_REPLACED