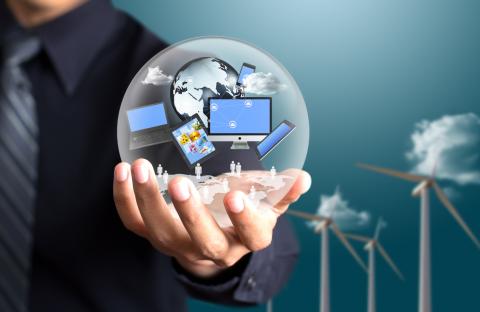 Vertical specialization has been championed as an effective way to increase profits and strengthen customer relationships, but the coronavirus's impact is raising questions about this strategy. By Martin Sinderman
Tweet

TAILORING YOUR MSP offering to a particular vertical industry has been touted as a sound strategy for channel pros to grow their businesses. Indeed, vertically specialized IT firms typically beat out their more generalized brethren for business—and get paid more and keep customers longer, according to Paul Dippell, CEO of Plano, Texas-based Service Leadership, a consulting firm aimed at helping IT solution providers maximize profits.

But thanks in part to COVID-19, there’s now a growing awareness that this strategy may not be best for all markets. “Going vertical is a smart play when the economy is growing—all sectors are rising, and there is no ‘bad’ vertical,” Dippell notes. “But now, if you’re in the wrong vertical, you’re screwed.”

Channel pros therefore need to be aware of and balance the risks/rewards of going vertical.

On the upside, many businesses value providers with expertise in their industry, says Michael Goldstein, president of Ft. Lauderdale, Fla.-based LAN Infotech, which serves legal and not-for-profit verticals. “It’s like heart surgery,” Goldstein says. “You don’t want a general practitioner performing the procedure—you want the specialist with the expertise.”

Your geographic location may determine the feasibility of a vertical specialty, however. “If you’re in a large metro area, or in multiple metro areas, then probably you can find enough clients in any one vertical to build a sizable company—a $10 million MSP targeted at the garment design houses in New York City, for example,” Dippell says.

Conversely, he adds, “There are likely not enough dentists in Cleveland to build a $10 million dental MSP.”

Meanwhile, COVID-19’s economic impact, coming after a multiyear expansion during which all verticals were growing, has decimated at least two verticals—hospitality and travel.

At the same time, there are some verticals in which businesses and their IT providers are doing well, Dippell says, pointing to state and local governments, K-12 schools, and banks.

Goldstein believes that IT firms with vertical specializations need to double down on that during the coronavirus crisis. “Businesses are now rethinking their IT budgets and the providers they need to get them through these times,” he says. “And if they determine they have general practitioners when what they need are heart surgeons, they’re going for the heart surgeons.”

For MSPs who are contemplating a pivot to either capitalize on current opportunities or shift focus away from struggling industries, Dippell says to bear in mind it won’t be easy. “It’s hard to add or change a vertical, or become a generalist, with any speed.”

Getting Ahead with Standardization and Automation
END_OF_DOCUMENT_TOKEN_TO_BE_REPLACED