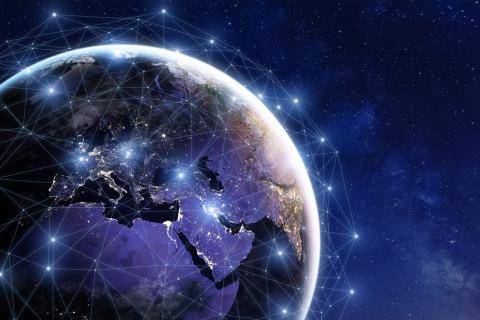 While the sheer number of products makes it difficult to standardize, develop a plan to move customers toward a more homogeneous network. By James E. Gaskin
Tweet

According to networking vendor Auvik’s 2019 Managing Network Vendor Diversity Report, the majority of MSPs are managing four or more network vendors per client. An unlucky 17.9% are managing 11 or more vendors per network.

"Every MSP has to deal with diverse networks unless you do a complete rip and replace," says Corey Kirkendoll, president and CEO of 5K Technical Services, an MSP in the Dallas area. That said, he tries to push customers toward a more homogeneous network and immediately replaces equipment that doesn't meet minimum standards. "If a firewall has no VPN or filtering, it has to go."

How "diverse" can some of these networks be? "Not long ago we found a 10/100 Mbps switch hidden in the ceiling," Kirkendoll says.

The sheer number of vendors makes it difficult to standardize customer networks, according to Alex Hoff, chief product officer at Auvik. For example, he says, there are “15 or so different switch vendors. MSPs don't want that kind of diversity, but they inherit it all the time."

Kirkendoll uses two main approaches to support a narrower range of devices. For one, he explains, "We make a plan with our new customers to get some of the equipment off their network in three to six months. That avoids the shock of a big bill for them right at the start.” He cautions that if you don't make a plan, “you'll be stuck with that stuff forever."

If customers balk at upgrading, Kirkendoll points out that putting old equipment back under manufacturer support often costs almost as much as brand-new equipment. That makes the argument much easier, he says.

Further, Kirkendoll will not engage with customers who refuse to upgrade in a timely manner, and walks away from "maybe 20% or more of prospects that don't want to upgrade their networks."

5K’s second option is to convert the customer to an infrastructure-as-a-service solution. "We tie all the routers and firewalls and so on into our MSP package, including the hardware costs of new equipment. They pay the leasing costs off monthly as part of the service plan," Kirkendoll explains.

For Eric Purcell, senior vice president of global partner sales at networking vendor Cradlepoint, an important question is not only what devices are on the network, but how many networks there are. For instance, he says, "We service a large retailer and there are seven different network use cases in each retail store."

Transform Your MSP into a Valued Data Partner

Jabra PanaCast Review - Get Your Huddle On
END_OF_DOCUMENT_TOKEN_TO_BE_REPLACED