ICYMI: Our Channel News Roundup for the Week of October 23rd 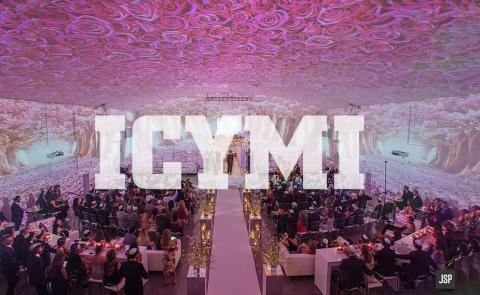 We were so busy picking the right pumpkins for the porch we missed some interesting news from HPE, Symantec, and a range of other companies big and small. By James E. Gaskin
Tweet

This week we lead off with news about products leveraging artificial intelligence, because we can never have enough smarts, real or programmed. And, of course, security. So let’s catch up while we try to ignore the Halloween candy calling to us from the pantry.

And to support AI, MapR Technologies announced the MapR Data Science Refinery, which integrates machine learning models into the MapR Converged Data Platform. Sounds like the oil bidness, as we say in Texas, but it’s data.

Never enough security, either. Symantec provides us an easy transition from AI to security with the bundle of mobile threat defense, deception, endpoint detection and response, and other technologies they rolled into their Endpoint Security for the Cloud Generation product.

No smart techie, or AI, pairs “Internet of Things” and “highly secure” in the same sentence, so Fortinet announced its new FortiGuard Industrial Security Service to improve that situation.

And while you’re at it, say hello to Cyxtera Threat Analytics Services (C-TAS) from Cyxtera Technologies, which includes deep analytics and infrastructure support.

Big vendor news that got (too) little attention. IBM made a big noise about its newest all-flash storage solutions, which feature ultra-dense FlashSystem arrays, Spectrum Virtualize software offering easier migration to and recovery from the IBM Public Cloud, and support for Docker and Kubernetes containers. Plus, there’s some beta software that uses AI and machine learning for storage diagnostics.

Avaya reached a “Global Resolution” with creditors regarding the terms of a Chapter 11 option for restructuring.

Microsoft beefed up its Azure capabilities with a deal making dedicated Cray model XC or CS series supercomputers available in the cloud. The Redmond Rowdies (that should be the company’s rugby team name) also laid out the roadmap for linking Skype for Business and Microsoft Teams.

Salesforce, big dogs in CRM, announced a way for little dogs to get involved through an AppExchange update with a new look and new capabilities.

NETGEAR, powerer of a huge number of SOHO networks, got all sleek and design-y with its new Gigabit Switch models. One includes two USB charging ports for that Apple X you just bought.

Salesforce released its third annual commissioned IDC Study on the Salesforce Economy. Currently, the report revealed, the ecosystem around Salesforce is four times larger than the core company, and will be five times larger in 2022. How? By adding 3.3 million new jobs to generate $859 million in new business bucks. That’s a nice proximity effect.

We always considered money mobility as the way our money jumped out of our pockets so quickly. Turns out IDC’s Worldwide semiannual Mobility Spending Guide defines it as spending ON mobility. Bad news? Annual growth is slowing down, possibly because $999 base price smartphones can cause buyer hesitation. Good news? The market is still growing, and worldwide mobility spending on hardware, software, and services will hit a total of $1.58 trillion in 2017. And that includes those $999 smartphones (gold trim and diamonds not included).

Bottom line from the ABI Research Cryptography in the Quantum Computing Era report? Qubits beat bits in the security race. By 2030, hackers will have quantum machines that will beat the best cybersecurity technologies available. VC funds are throwing hundreds of millions toward quantum research and companies working on areas like quantum key distribution to hold back the hackers.

High tech, and higher prices, infect weddings. If you thought technology at weddings meant shaky smartphone videos, think again. Image projections, drone photography, 360-degree and virtual reality cameras are just a few of the ways technology can reboot your budget planning. That photo booth of old has become one with augmented reality and animated gifs, and even video messages from the happy couple tagged onto your keepsakes. Robot bartenders are in the works.

Wedding to beat? One in Dallas (of course it was in Texas) that took over a public park, built semi-permanent tents for dinner, including the 275 place settings of sterling silver FedExed from England because the planner couldn’t find more than 235 sets in Dallas, and how dare you suggest using non-matching sterling.

The bride and groom met in rehab (a love story for the modern day). While the Mission Impossible theme blasted from too many speakers, a helicopter flew over and a stuntman in a tux rappelled down behind the bushes. From there the groom strode out, adjusting his bow tie. You are correct in assuming no one over six years old was fooled.

May not be high tech, but it was certainly high-dollar crazy. The estimated $11 million price tag for the wedding probably averaged out to a million a month before the inevitable divorce (they met in rehab, remember?)

ChannelPro 5 Minute Roundup for the Week of September 14th, 2020
END_OF_DOCUMENT_TOKEN_TO_BE_REPLACED