How to Offboard Employees 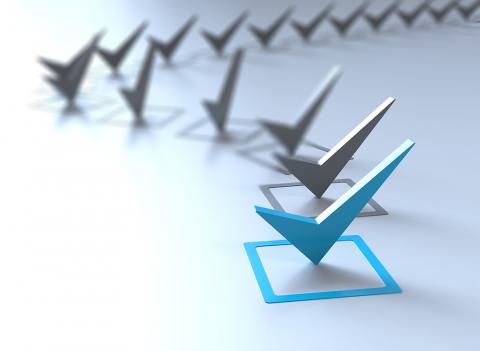 ONBOARDING NEW EMPLOYEES is a common topic of discussion among channel pros. But what are the best practices for offboarding employees when they leave your firm?

Nevertheless, when you do need to let someone go, there are a few critical steps, starting with a quick exit, says Rex Frank, vice president of Academy at Pax8, and former CEO of Sea-Level Operations, a consultiing company he founded that was acquired by Pax8.

“If we’ve decided this person isn’t working out, we don’t want any damage to be done,” Frank says. “We’ll say, ‘Today is your last day.’ I’ll usually pay them for at least two weeks and extend their healthcare for the month.”

No matter the reason for termination, Frank explains, documentation is key. Provide a succinct letter stating that they’ve been terminated and an acceptance letter for them to sign that acknowledges their dismissal and pledges they will return any company-owned keys, devices, etc. He also includes previously signed provisions for review. “It’s a reminder that they still have obligations—things like confidentiality or noncompete clauses,” Frank says.

For an involuntary termination, Frank recommends that someone shadow the employee as he or she packs up their desk. “Then we walk them out.”

Next comes the hard work of changing passwords at every client site. “It’s a massive pain in the butt,” Frank admits. “It takes hours.” If a fired employee is angry, though, changing passwords should be an urgent priority just the same.

On top of the mechanics of offboarding, you must also address the emotional impact of the departure on staff and clients. “The hardest part is the psychology,” Walsh says. “When you don’t communicate with people that something negative has happened, they will fill in the blanks with the worst-case scenario. So, get out in front of it,” he advises.

Walsh and Frank both agree that an employer risks more by keeping an ill-fitting employee on the payroll than by letting them go. Moreover, the repercussions of dismissing a “bad fit” are often far more benign than employers imagine.

“When clients and other employees have been tolerating someone who is a bad cultural fit, it’s more of a relief when they go,” Walsh points out. “I’ve found most teams are willing to step up because the overall environment is better. We agonize over the decision, but their teammates’ reaction is more: ‘What took you so long?’”

How to Offboard Employees
June 9th, 2021

Jabra PanaCast Review - Get Your Huddle On
END_OF_DOCUMENT_TOKEN_TO_BE_REPLACED