Hiring and Retaining Women in IT—and Why It’s a Good Idea: Page 2 of 2 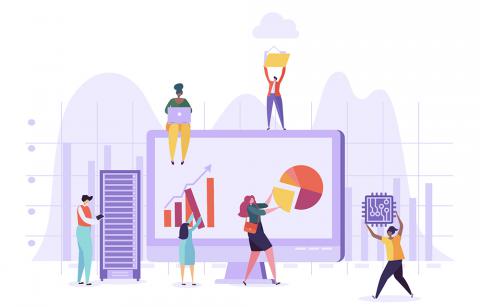 Women in tech are still in short supply. Several industry organizations are working to feed the talent pipeline and change the culture that keeps it sparse. By Megan Santosus
Tweet

The struggle to fill the IT industry’s ranks with women starts with the pipeline. "Among the biggest challenges to achieving gender diversity in IT is lack of a large candidate pool of women in IT, which only shrinks as the level of responsibility increases," says Cyxtera’s Prazak.

Dawn Sizer, CEO of 3rd Element Consulting, an MSP in Mechanicsburg, Penn., agrees. "There are plenty of women in sales and marketing in tech, but actual existing technical staff are hard to find, especially when you're trying to hire," she says. In her 15-year career at 3rd Element, Sizer estimates she gets one resume from a woman for every 50 she receives from men. (For tips on seeking female candidates, see “Recruiting Outside the Box.”)

Cloud Girls aims to address this issue in part through various initiatives aimed at getting girls in elementary school and beyond interested in technology. According to Sizer, better PR messaging can also help.

"To encourage girls and women to go into IT, we need to look at this from a different angle,” she says. Many girls and women are drawn to helping professions—traditional vocations like nursing and teaching. At its essence, Sizer believes IT helps people, whether it's with running their businesses, streamlining their personal lives, or improving how they manage day-to-day tasks. "If we can find a way to relate the idea that tech helps people, I think we can steer many girls and even some women who are out in the workforce right now into tech careers," Sizer says.

For Ashcraft, however, focusing exclusively on the pipeline provides cover for another more insidious issue: the culture. "Companies do want to turn to the pipeline as the primary excuse, but we know that in the tech industry cultures are broken," she says. Women often find tech cultures unwelcoming and not inclusive—a prime reason, says Ashcraft, why women leave their jobs in tech at twice the rate of men.

"It's pointless for companies to focus on the pipeline if they are not working on their internal culture at the same time," she says. "Even if you're successful at getting women hired, they are likely to leave unless the culture is addressed."

Workplace staples such as opportunities for advancement, competitive pay, and flexible schedules that support work/life balance are merely table stakes to get women on the payroll. To keep them onboard, Ashcraft points to the need to address a more subtle cultural barrier that wears many women down over time: unconscious bias.

IT workforce culture can be geared toward men in ways ranging from whose voice is heard at meetings and who receives credit for accomplishments, to who gets interrupted and who gets the prime assignments. Task assignment, in particular, is a subtle way to steer certain people into career paths, and Ashcraft maintains that it's a reason why many women are unsatisfied with their IT careers.

To combat unconscious bias, managers need to be more intentional in communicating, training, and including women. The key to keeping women loyal and satisfied employees, Ashcraft says, is "addressing the barriers to make the culture more inclusive, where women can thrive, have their voices heard, and advance their careers."

Allyship: Unlock the Power of Diversity Within Your Organization
June 28th, 2022