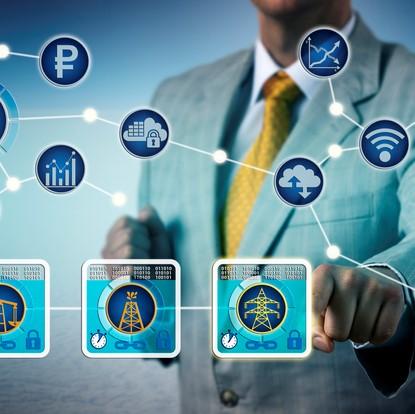 Start developing some expertise in DLTs, particularly if your customers are in the logistics, financial, and virtual asset industries. By James E. Gaskin
Tweet

THE TERM "BLOCKCHAIN" is everywhere thanks to bitcoin and other digital currencies, but distributed ledger technology (DLT) rarely appears. Yet the two have far more in common than not. Many times, when people say blockchain, especially for private use, they mean DLT. A DLT is a ledger with copies distributed over multiple computers, each secure, immutable (no changes allowed), and backed up.

“All blockchains are DLTs, but all DLTs are not blockchains,” says Adam Lesh, a speaker and founder of The Maker Foundry, a development firm in emerging technologies like blockchain. Blockchains add extra security protections. Both versions are always in sync for all participants, but blockchains sync much more often than DLTs. And while bitcoin servers are very much on premises, DLT business systems are usually cloud-based for easy access by all partners.

If DLT is new to you, it may seem too early to get involved, but Lesh disagrees. "Now is the time to develop the expertise and get ready. Your customers may already be asking questions."

Eric Powell concurs, particularly if you have customers in logistics and finance, or work with retailers that sell virtual assets. "The Office of the Comptroller of the Currency (OCC) bank regulators already approved small banks getting into blockchain, but it's not in the news yet,” points out Powell, a consultant and blockchain adviser for IT membership organization CompTIA. He adds, "Now is like the internet and email in 1993 and '94, when people didn't yet understand why they needed an email address."

Regulated industries such as gun makers and suppliers, for instance, rely on DLT to track and prove that parts and weapons were bought and sold legally. "When suppliers, manufacturers, and distributors all have their own systems, tracking becomes a nightmare," says Lesh.

DLTs can reduce that nightmare. When Walmart made the news with spoiled produce, management contracted with IBM for its permissioned blockchain named Hyperledger. Lesh says the time to track the origin of suspect items dropped from a week to hours.

This level of accountability from DLT makes it critical in a shared system like a supply chain where everybody needs to see everything, Powell explains. "It's immutable, especially when truly decentralized." This transparency reduces the need for contracts and lawyers to make sure things are working, he adds.

Getting up to Speed

Once you gain experience with one DLT system, that knowledge is transferrable between other systems and client use cases. Many digital currency programs are open source, so there's a multitude of programs to choose from, and you can fork your own too. "There are many tools available with some deep rabbit holes to fall into when you're ready,” Powell says. "There's no reason to invest huge money and resources now,” Lesh adds, “but you want to be ready for the conversation for your clients."

GoTo Tightens Integration Between its Ticketing and Communications Apps
END_OF_DOCUMENT_TOKEN_TO_BE_REPLACED