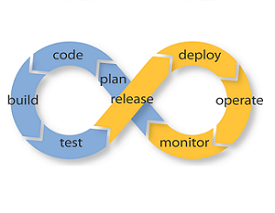 DevOps methodologies are all the rage in the world of start-ups and web app management. Do they have anything to offer MSPs? By James E. Gaskin
Tweet
Reader ROI:
DevOps fosters collaboration/communication between developers and other IT pros for software delivery and infrastructure changes

DevOps, a term that’s a mashup of development and operations, is a practice that uses collaboration and automation to upend many old IT business methods. The tighter integration between programmers and IT admins speeds improvements, and MSPs can lead the charge to help their customers.

David Powell, vice president of marketing and strategic development at TekLinks Inc., an eight-office IT solutions provider headquartered in Birmingham, Ala., says, "With DevOps, you want to engage customers early and adapt to meet the changes needed by the customers. And you need to stop thinking of DevOps as a software tool and consider it more of a mindset to meet customer needs."

Technology and customers move fast today and MSPs must keep up. "Customer needs are changing so quickly, you need process to handle that. Call it ‘agile of DevOps’ or whatever," says Powell. "It's continual improvement that drives the DevOps methodology."

“Software is eating the world. Software has also become a service,” says Jeff Sussna, principal at Minneapolis-based Ingineering.IT LLC, a small company that provides coaching and workshops for MSPs and SaaS companies, helping them go faster while improving quality and customer satisfaction. "People used to develop and sell software and the customer had to operate it. Now they pay to have you both provide the software and figure out if new servers and upgrades are needed."

MSPs have to learn a new approach to service, says Sussna. "We recommend starting by automating one process. Leverage that success and change how people work together. Start small, learn, and then attack larger issues."

Sussna sees too many companies deploy new code to production via conference calls and emails filled with checklists. Rarely does the rollout go smoothly because it's easy to forget a step. "Automate that process, and you'll cut out a bunch of wasted time and effort. You will stop making mistakes and start going at the speed of business."

"Your remote monitoring and management tools are just the first level of automation," says Sussna. "You have to adopt a DevOps mindset to see automation across the entire process. It's all about an overview of a complex system and how the pieces connect to each other. A lot of what I do is to proactively get stakeholders to solve problems together. It's surprising how hard that is."

An example Sussna gives is from his time as an MSP. "We ran into situations where our customers were unhappy but we weren't doing anything wrong. But they didn't understand what we were doing and we didn't understand what they needed. Once we started spending time with the customers as we built new products, the collaboration and understanding made things a lot easier."

According to Sussna, Amazon is bigger than other cloud providers because it’s focused on delivering new capabilities to help customers do things more quickly, not just to make its infrastructure cheaper. “You can no longer just be in the ‘this is what I do’ biz. You have to fill in the gap between what you do and what your customers need,” he says.

Powell sees a change in his customers’ attitudes. "The line-of-business groups spend their money on applications. They're not buying servers and SANs; they're buying applications that need servers and SANs." TekLinks got into DevOps-thinking early on, says Powell. "We're now having discussions with customers we never used to have. If you're not ready, this can be a jarring mindset change."