Cybercrimals Hard at Work During Pandemic 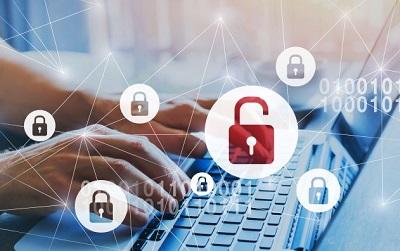 Verizon research found phishing, ransomware, and misrepresentation all on the rise in 2020. By Colleen Frye
Tweet

WHILE YOUR SMB CUSTOMERS were worrying about staying in business and managing a remote workforce during the pandemic, cybercriminals were busy exploiting security vulnerabilities, according to the Verizon 2021 Data Breach Investigations Report (DBIR). This year, the 14th edition of the venerable DBIR analyzed 29,207 “quality incidents” (lost and stolen assets, social engineering, privilege misuse, basic web application attacks, etc.) across the globe, of which 5,258 were confirmed breaches—a third more breaches analyzed than last year.

Among all types of breaches, 85% involved a human element, and 80% were discovered by external parties.

The research finds that phishing attacks increased by 11%, ransomware rose by 6%, and instances of misrepresentation increased 15x compared to last year. In addition, attacks on web applications represented 39% of all breaches.

What are cyberthieves going after? Sixty-one percent of breaches involved credential data, which the report notes goes hand in hand with phishing. And here’s an eye-popper: 95% of organizations suffering credential stuffing attacks had between 637 and 3.3 billion malicious login attempts through the year. Other top sought-after data includes personal, medical, and banking.

Parity between what the DBIR calls small and midsize (under 1,000 employees) and larger organizations got closer too. Last year’s report found that small organizations accounted for less than half the number of breaches that large organizations experienced. This year, smaller organizations are closing the gap, with 263 breaches versus 307 in large ones. And for SMBs, 80% of breaches were from system intrusion, miscellaneous errors, and basic web application attacks. Top motives were financial (93%), espionage (3%), fun (2%), grudge (1%), and other (1%).

Finally, while the 2020 DBIR revealed that smaller organizations were discovering breaches faster than larger ones, this year’s data finds that 55% of large organizations discover breaches in days or less versus 47% of SMBs.

The ChannelPro Network’s Online Summit Series Kicks Off April 6
March 23rd, 2022
Barracuda research reveals how email attacks are evolving and who is being targeted the most
July 28th, 2021