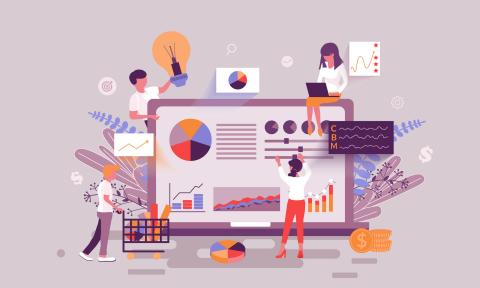 MICROSOFT TEAMS moved from "under consideration" to "start it up" for many companies when the pandemic shutdown began 18 months ago. But Teams, unlike competitive offerings, ties into Office in ways that encourage collaboration and file sharing, making data management important, but often ignored. The result is a new phenomenon known as “Teams data sprawl.”

Because of the pandemic, "companies were frantically rolling out the Teams platform out of necessity," says Diana Giles, president of Skyline IT Management in Edmond, Okla. "They didn't have a lot of time."

Exacerbating the sprawl problem is Teams’ steep learning curve, according to Mark Rochester, principal product architect at BitTitan. "People have been expected to instantly know how to use it." By trying to get up to speed so quickly, however, many organizations used Teams incorrectly from an organizational perspective, he explains.

Rochester likens Teams data sprawl to the same issue in SharePoint. "It happens when companies don't have any governance models in place, and they don't dedicate resources or time to implement" those measures, he explains.

His advice is simple: “Don't turn on a new application until you've got a governance policy in front of it.”

Even when there are governance rules in place, though, users often ignore them, a problem magnified when "a team creates more Teams than the organization needs," says Alex Wilkins, president of Wilkins IT Solutions, an MSP in the Toronto area.

While the ability for employees to create teams has its advantages, without IT oversight or governance they "may not have proper security and backup best practices assigned to them," says Wilkins. That results in a "disorganized digital file cabinet" on the one hand, and a security risk on the other.

Multiple disorganized teams lower productivity, he continues, as discussions and needed support material get spread among different channels and people. When those people get frustrated, they often resort to emailing documents again, increasing the data sprawl. As for security, meanwhile, lack of proper backup can create compliance issues for customers in regulated industries.

ChannelPro Weekly Podcast: Episode #235 - Greetings from the New Hampshire Chamber of Commerce
8 Best Hacking Training Courses to Boost your IT Career
10 Things You May Have Missed at ChannelCon 2022
END_OF_DOCUMENT_TOKEN_TO_BE_REPLACED