The Channel Pro’s Guide to Windows 10

Windows 10, Microsoft’s long-anticipated OS, hits the wires this month. Here’s what you need to know to get ready. By Matt Whitlock
Tweet

Mark your calendars. On July 29, the official release of Windows 10 will hit the wires. Channel professionals of all stripes have a great opportunity in the coming months to touch each and every client with an upgrade to what many are already calling Microsoft’s best OS since Windows 7.

Don’t think for a second you’ll be able to avoid it. Windows 10 will be everywhere—perhaps even demanded by your customers—and that’s in part due to Microsoft’s bold strategy for getting billions of users to upgrade. Windows 10 is free to most Windows 7 and 8.1 computers that upgrade within the first year of release. Businesses with volume licensing agreements aren’t included, but most will also be able to upgrade for free anyway under their company's enterprise licensing terms. More than that, Microsoft is taking on the job of notifying and updating users courtesy of a reservation flag that started popping up on PCs a few months back. 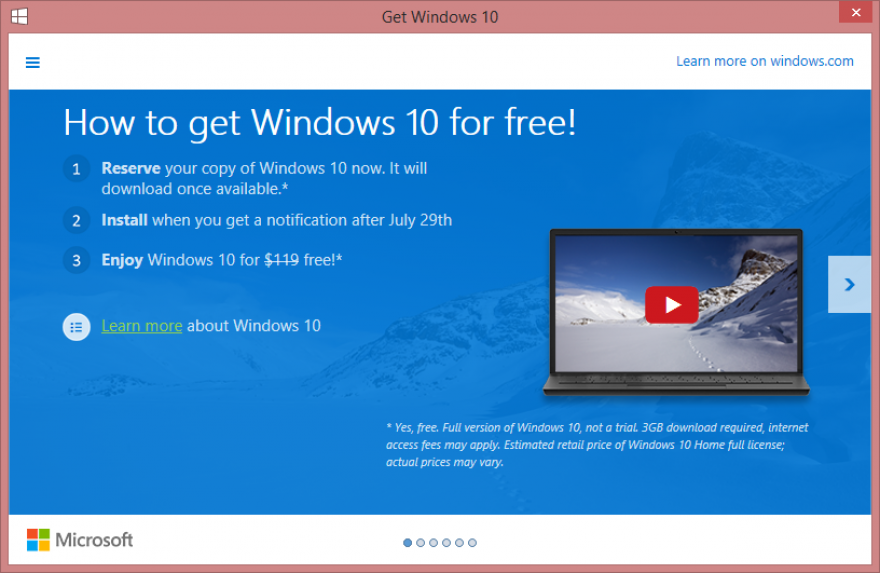 If you haven’t spent any time with the Insider Preview of Windows 10, you’ll be happy to learn that Windows 10 for PC largely acknowledges that Windows 8 was an overreaction to the hype that Apple’s iPad was going to be the future of computing. Regardless of your personal feelings about Windows 8, the fact that a company as large as Microsoft could adapt Windows, an established product with a desktop-centric user experience for more than 20 years, to a lightweight, mobile-first UI in such a short period of time is truly amazing.

Of course, reality quickly set in as Windows 8 came to market. Tablets were just another type of PC, and not a direct replacement for desktops, notebooks, and other form factors. Windows 8/8.1 brought many wonderful enhancements to the desktop, but those were greatly overshadowed by a user experience that proved too awkward and foreign on traditional form-factor PCs. 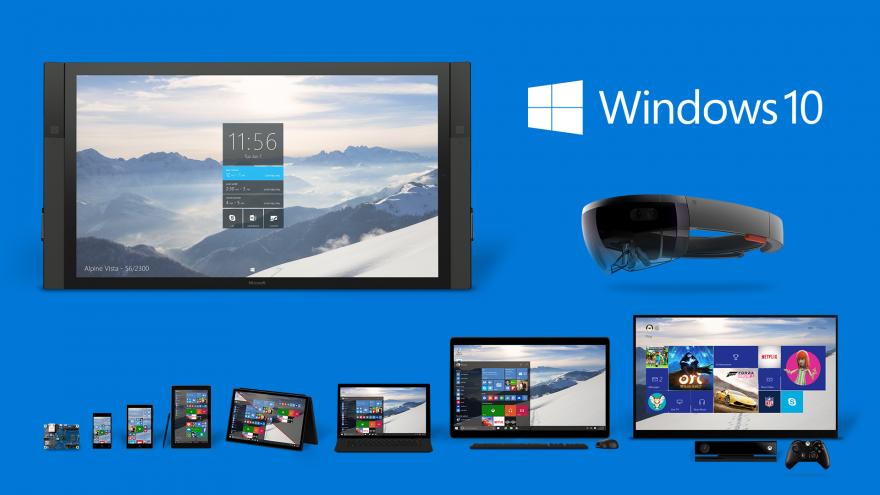 That isn’t to say Microsoft’s strategy is changing. It has spent years componentizing Windows with the goal of making the core of Windows universal across all devices, from servers to tiny devices, and running universal applications that can run on phones, laptops, consoles, and devices. This is in stark contrast to its competitors, which have radically different systems for both desktop and mobile.

Windows 10 for PC builds on the good things about Windows 8/8.1, but with dramatic improvements to the system’s ability to adapt the user experience for both desktop and tablet use. A lot of what made Windows 8 a great experience on tablets has been stripped out, like Charms and the Edge UIs (assuming you ever figured them out to begin with). If anything, I’d say Windows 10 (as of build 10130) is far more desktop friendly than mobile, but the tablet side is still changing even in the current insider builds.

This very idea of Windows changing and getting better release to release isn’t going to stop anytime soon. One of the most dramatic shifts in Windows 10 is how it’s being serviced. In the past, Windows would get “big bang” releases every few years with mostly security fixes in between. With Windows 10, those who aren’t in enterprise managed environments (running Windows 10 for Enterprise) will see both new features and security updates on a regular basis, meaning the Windows 10 you see on July 29 will continue to evolve and improve in the months after.

Here are the things you really want to know about Windows 10: Is it a good thing for your clients? What’s new and great about it? Is there anything you may need to be concerned about? That’s what this guide is all about.

What’s On the Cutting Room Floor?

Windows 10 is making a break from the past in a few areas, removing some features found in Windows 7 and 8. Many are insignificant or can be added after the fact, and most of these won’t impact business users, but it’s worth going through them just in case.

First, Microsoft has finally given Windows Media Center, which allowed for things like TV recording and DVD playback, the boot in Windows 10. If you upgrade a machine with Windows 7 or 8.1 with Media Center installed, it won’t be there when you’re done. Also, native support for DVD playback has been removed and requires separate software. However, Microsoft has said that if Media Center were present when upgraded, the company will provide a program that can play DVDs. This change mostly affects consumer PCs and those who do TV recording with Media Center.

Next, the native OneDrive client in Windows 8.1 allowed users to browse the entire contents of their OneDrive (not OneDrive for Business) storage even if it was not synced to the PC using little placeholder files. Those who relied on it really love it, but the OneDrive sync in Windows 10 is now like Windows 7 and the Mac.

Windows 7 users will notice that Solitaire and Minesweeper are no longer part of the OS (but can be downloaded from the Windows store) and that there are no Desktop Gadgets (which were gone in 8). Finally, core OS support for USB floppy drives (and the 1.44MB of glorious data it contains) has been removed. So when you plug one into a PC with Windows 10, it will need software from the manufacturer or from Windows Update.

Getting to the Next Level: SWOT Analysis
END_OF_DOCUMENT_TOKEN_TO_BE_REPLACED

Jabra PanaCast Review - Get Your Huddle On
END_OF_DOCUMENT_TOKEN_TO_BE_REPLACED