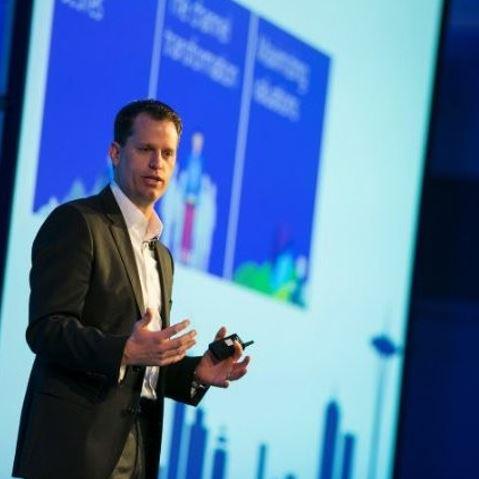 What started out as a 10th anniversary celebration for the International Association of Microsoft Channel Partners’ biggest chapter has turned into a day-long series of training sessions, roundtables, keynotes, and more featuring top Microsoft executives. By Rich Freeman
Tweet

By that standard, the Southern California chapter of the International Association of Microsoft Channel Partners (IAMCP) must be special indeed. The 10th anniversary party it will throw in Irvine, Calif., on October 24th, which started out as a celebration largely for members and other Microsoft resellers in the region, has grown into something much bigger.

“We’re expecting about 500 partners total,” says Justin Slagle, who founded the chapter and was its first president. And those attendees won’t just be from Southern California, he adds. Channel pros from across the country and as far away as Ireland and Japan are planning to come as well.

So too is a star-studded collection of Microsoft executives, including Gavriella Schuster, worldwide head of the company’s One Commercial Partner organization; Brent Combest, the general manager in charge of Microsoft’s U.S. sales organization; and National Partner Sales Director Beth Cavanaugh.

The event’s agenda has expanded as well, from a mere evening get-together to an all-day series of training sessions, roundtables, and keynote presentations, plus a two-hour diversity and inclusion panel discussion and an evening party with food, drinks, live music, games, and more.

It’s an impressive lineup of activities, but doesn’t explain why so many Microsoft partners and employees are coming from so far away to be there, Slagle contends. To understand that, it helps to know that at 199 registered members, the IAMCP’s SoCal chapter is easily the organization’s biggest in the U.S.

“People are coming from all over to learn a little bit about our secret sauce,” says Slagle, who is today a senior partner development manager at Microsoft but was running an IT training company when he launched the SoCal chapter a decade ago.

Celebrating a 25th anniversary itself this year, the IAMCP is a global membership group (unaffiliated with Microsoft) that seeks to help partners pursue joint opportunities, share best practices, and trade insights on working with one of the biggest and most important vendors they do business with. “The ocean of Microsoft is just too hard to consume on your own,” Slagle observes.

Most chapters further the IAMCP’s mission through monthly meetings. “What we’ve done in Southern California is kind of take it to another level,” Slagle says. “We also have meetings between the meetings.” Typically held over lunch or coffee in more intimate settings where partners can talk at greater length, those bonus gatherings are where “the magic happens” between members, according to Slagle.

Another ingredient in the SoCal chapter’s success, he continues, is its emphasis on personal relationships. Members are encouraged to meet each other’s families, which are why most of them are in business in the first place. “If you don’t know the reasons why somebody does something, for me it’s just difficult to have a really serious partnership,” Slagle says.

Think Hybrid When Thinking Cloud, HPE Says
How Can You Engage 100% of Your Employees? DEI Initiatives Are a Great Start
END_OF_DOCUMENT_TOKEN_TO_BE_REPLACED

Jabra PanaCast Review - Get Your Huddle On
END_OF_DOCUMENT_TOKEN_TO_BE_REPLACED