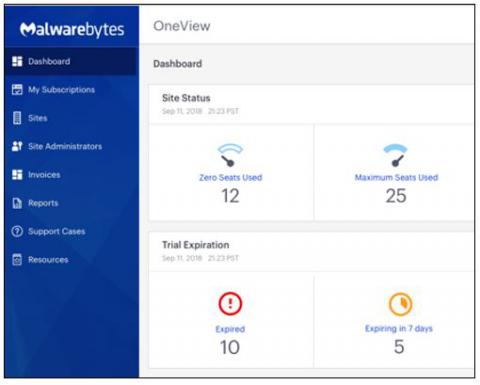 Announced in conjunction with this year’s RSA Conference in San Francisco, both offerings are core elements of an MSP recruitment initiative backed by volume discounts and flexible billing options. By Rich Freeman
Tweet

Due to launch next month, both offerings are the first from the Santa Clara, Calif.-based vendor designed exclusively for managed service providers. Malwarebytes announced them in conjunction with the 2019 RSA Conference, one of the biggest security events of the year, which is currently taking place in San Francisco.

The new partner program offers volume pricing with bigger discounts than normally available for Malwarebytes solutions, according to Cris Martinez, the vendor’s senior director of RMM and strategic partnerships.

“Margins are very important to [MSPs], so we actually offer some additional pricing,” he says. “They get deeper discounts the more seats they add, and obviously the margins will be much more beneficial to them as they grow.”

The new program also offers multiple billing models. Initially, members will be free to choose between buying 50 or more licenses for one-, two-, or three-year terms in a single lump payment or paying the same fees in monthly installments instead. “It’s more palatable for the MSP to swallow,” says Martinez of the latter option.

Consumption-based pricing will become available in the second half of the year as well. “We’ll allow them to start out with zero seat counts and kind of grow on a pay-as-you-go model,” Martinez says. “A lot of the MSPs that I’ve talked to really, really want utility-based billing.”

Other future additions to the program include membership tiers based on seats under management, participation in beta programs, and other factors. Members who complete a required training program will also be allowed to skip directly to tier two resources when phoning in support issues.

Forthcoming editions of the solution will let users define customized maintenance routines. “It allows the MSP to kind of work on a either a script or an automation or something along those lines and basically utilize our console to help the needs of what they’re trying to do on a daily basis,” Martinez says.

Both OneView and the MSP partner program have been in development for about 18 months, and recently completed a successful pilot rollout in Australia. According to Martinez, they are core elements of an ongoing MSP recruitment initiative. “Malwarebytes as a company has really put a focus on the MSP segment for 2019,” he says.

The vendor currently has a little over 2,000 MSP partners worldwide, he continues, and has set an initial goal of adding 10 to 15 more per month this year and beyond.

Sophos to Roll Out New Partner Support Resources
May 3rd, 2019