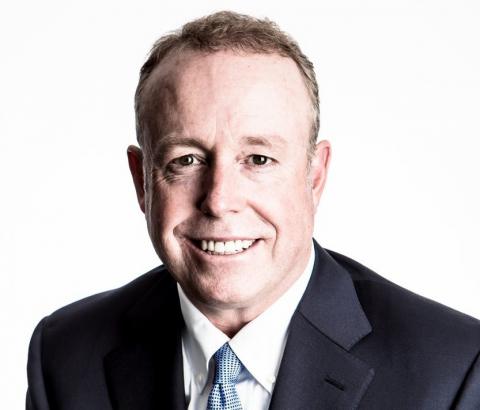 The COO will leave the company for a CEO role in the financial services sector at the end of the month, in a transition that also has members of Microsoft’s senior leadership team assuming new responsibilities. By Rich Freeman
Tweet

Microsoft’s Kevin Turner will leave the company he has served as COO for 11 years at the end of July to become CEO of Citadel Securities and vice chairman of its Chicago-based parent company, Citadel LLC.

Turner, wrote Microsoft CEO Satya Nadella in a memo to company employees today, “built the sales force into the strategic asset it is today with incredible talent while at the same time more than doubling our revenue and driving customer satisfaction scores to the highest in company history. I have learned a lot from Kevin over these past few years and wish him all the best as he takes on this broader CEO role.”

Turner returned the compliment in a Citadel press statement also published this morning.

“Citadel is a global technology leader, recognized for its work to level the playing field for investors and make markets more fair, transparent and efficient. I look forward to leading this exemplary team as we grow this global business,” he said. “I also want to express my sincere personal thanks to Satya Nadella for his leadership and mentorship, and to colleagues at Microsoft for their friendship, hard work and dedication.”

Turner’s new job is the latest in varied career that included a 20-year stint at retail giant Walmart prior to his time with Microsoft. Citadel Securities, a global market maker for fixed income and equity securities, adds financial services to the list of vertical industries on his resume.

In conjunction with Turner’s departure, Microsoft is re-organizing its Sales, Marketing and Services Group (SMSG). Effective immediately, Judson Althoff is the company’s new executive vice president for Worldwide Commercial Business, with responsibility for Microsoft’s enterprise, SMB, and public sector sales units, among other organizations. Althoff had been president of Microsoft North America previously.

That role, meanwhile, will now be occupied by Microsoft veteran Jean-Philippe Courtois, who has been named executive vice president and president of Microsoft’s Global Sales, Marketing and Operations group. Courtois previously led the company’s sales, marketing, and services efforts everywhere but the U.S. and Canada as president of Microsoft International. Both Courtois and Althoff will report directly to Nadella.

Other personnel moves announced today include the appointment of Chris Capossela as head of Microsoft’s Worldwide Marketing and Consumer Business, the addition of IT and operations oversight to Kurt DelBene’s present role as head of corporate strategy, and the addition of responsibility for Microsoft’s Worldwide Licensing and Pricing unit and SMSG’s finance team to Amy Hood’s duties as executive vice president and CFO.

Nadella’s internal memo doesn’t indicate whether or not Microsoft will replace Turner with a new COO, but the executive re-shuffling announced today appears designed to replace that position with a less centralized series of smaller roles.

“Microsoft’s mission is universal, and I believe our values and high ethical standards are timeless,” Nadella said in his memo to employees. “But we must apply them in a world that demands more solutions that are local in nature. Growing globally requires local capability to leverage all of Microsoft’s innovation, marketing and operations in the context of local opportunities and partnerships while overcoming constraints. This means we must do better at surfacing and trusting the insight from local teams on what it takes to drive our customers’ success. At the same time, we must empower the local teams with world-class global support.”

LG Gram for Business 17 (2020): Big Reasons to Like It
END_OF_DOCUMENT_TOKEN_TO_BE_REPLACED