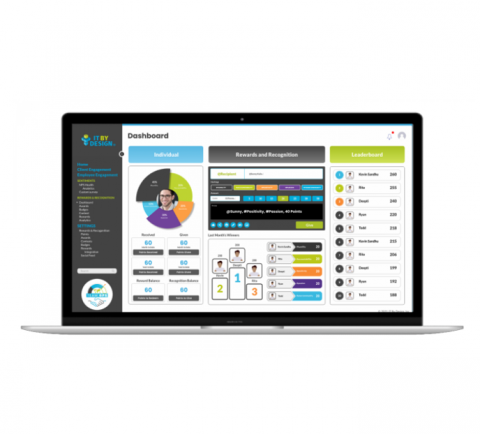 A new addition to Team GPS, the “business operating system” for MSPs that IT By Design introduced earlier this year, the new module includes tools for gauging employee sentiment and rewarding employee accomplishments. By Rich Freeman
Tweet

IT By Design has added an employee engagement module to Team GPS, the “business operating system” for MSPs that it shipped in September.

Much as an endpoint detection and response solution arms channel pros to identify and remediate security problems quickly, the employee engagement tool helps them see and act on workforce issues rapidly, according to IT By Design CEO Sunny Kaila.

“It allows people to detect problems related to culture and related to employee engagement, and then you’re able to communicate and respond based on that data,” he says.

Employee sentiment features in the new module include support for custom surveys that managers can use to collect feedback on company initiatives and recently completed projects, or to conduct monthly or quarterly pulse checks. A related employee net promoter score feature lets MSPs measure how likely employees are to recommend working at the company to others on a zero to 10 scale.

The new tool comes with rewards and recognition functionality as well that lets employees award points to one another when they see peers contributing to the company’s goals or epitomizing its values. Employees can then exchange the points they receive for gift cards or other prizes.

“It promotes teamwork,” says Kaila, who notes that collecting peer-to-peer feedback also provides a check against unconscious bias among managers for or against particular team members.

A business strategy module that will let users define company goals, assign responsibility for meeting them, and measure progress against them is set to arrive in January. It will be followed next spring by a fourth and final module for measuring employee performance that’s designed to streamline the annual review process and make it less reliant on conjecture, opinions, and incomplete memories of who did what in the past year.

“Anyone can just log into the system, manager or employee, and they’re on the same page based on the data,” Kaila says.

The addition of employee engagement tools to Team GPS comes just days after industry association CompTIA reported a two-year high in hiring activity for U.S. technology workers, as well as a 2.1% tech unemployment rate that’s less than half the nation’s unemployment rate overall. According to Kaila, citing research on the topic, the number one reason IT employees seek new jobs elsewhere is lack of recognition for their accomplishments.

“They just don’t feel appreciated,” he says. “They don’t feel that their contribution is making an impact because no one is telling them.”

Team GPS is based on tools originally designed for use internally at IT By Design, a one-time MSP that now provides temporary help, dedicated staffing assistance, and a wide variety of outsourced services to other managed service providers.