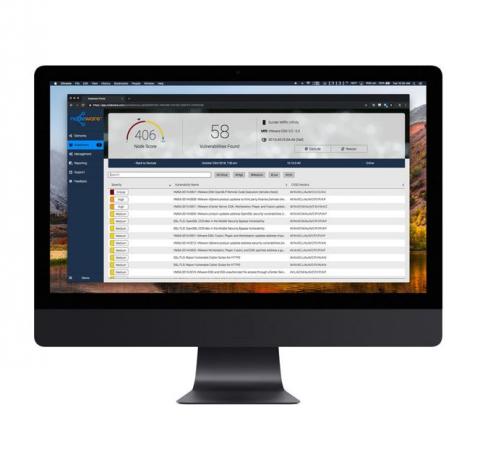 Called IGI CyberLabs, the new wholly-owned subsidiary is the leading edge of a larger push by IGI to popularize Nodeware with MSPs and recruit resellers. By Rich Freeman
Tweet

The new business unit, named IGI CyberLabs, will be led by Stuart Cohen, founder of The Cybersecurity Collaborative and a former vice president at the CyberRisk Alliance.

Originally created for internal use to support the penetration testing and security consulting work IGI does chiefly for larger businesses, Nodeware automatically scans networks for connected devices and reports on gaps in their defenses. The system doesn’t require onsite physical or virtual host hardware and features a lightweight agent that allows it to protect video surveillance cameras, edge appliances, and Internet of Things devices in addition to PCs and servers.

Unlike comparable systems from other vendors, IGI says, Nodeware monitors networks continuously rather than at scheduled intervals. “It delivers 24/7 vulnerability management, not just once a day at the end of the day when three quarters of the computers are off,” says Frank Raimondi, IGI CyberLabs's acting vice president of channel development.

Technicians receive an alert immediately any time the system sees a new device join a networking it’s watching, he continues. “You can quickly investigate it, shut it off, or give it additional credentials.”

Though the earliest versions of Nodeware weren’t designed for use by MSPs, IGI has since added MSP-friendly functionality. The system comes with a multi-tenant management interface as well as APIs that allow users to integrate the system with PSA and RMM platforms.

IGI calls Nodeware an affordable alternative for SMBs to enterprise-oriented products from companies like Qualys and Rapid7. Licenses are sold in flat-priced blocks of 50 that MSPs pay for monthly, or annually in exchange for a discount. Each seat provides coverage for one asset on a customer network, and users can distribute the seats across multiple clients as needed.

IGI has existing distribution deals with SYNNEX, telecommunications master agent Telarus, and office supply retailer Staples, among others, and is exploring additional alliances.

Though IGI has been selling Nodeware to MSPs on a largely one-off basis for years, the launch of IGI CyberLabs is the most visible component of a new, concerted effort to popularize the product with channel pros and recruit resellers. In conjunction with that effort, which Raimondi is spearheading, IGI CyberLabs rolled out a new website for Nodeware today that among other things promotes a free seven-day trial of the product.

Today’s ChannelPro SMB Forum is the second of six hybrid events, open to both in-person and online viewers, scheduled for 2021.