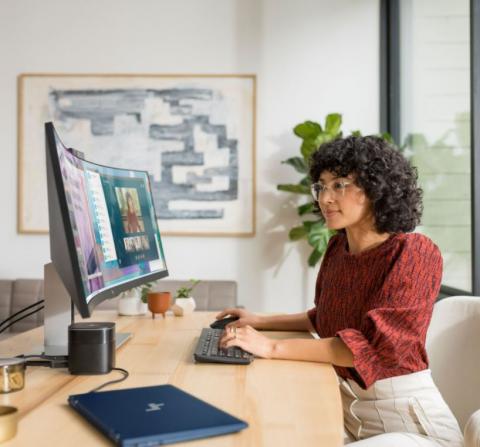 Drawing on the manufacturer’s TechPulse platform, the four offerings are designed to help partners and IT departments anticipate problems before they occur and resolve issues that do occur faster. By Rich Freeman
Tweet

HP has updated its roster of remote support services for its commercial PCs.

The manufacturer has four new or expanded services, all of which draw on its TechPulse telemetry and analytics platform, either in market or coming soon. The first, called HP Smart Support, was first announced earlier this month at CES. When it reaches market in March, Smart Support will be available on a majority of HP business PCs at no additional cost.

Utilizing a software agent that partners or IT managers can request when ordering devices or download and install after delivery, Smart Support is designed to speed time to resolution on technical problems by feeding system information automatically to HP’s support organization.

“It expedites the hardware issue identification and diagnosis,” Chandra says.

Another service called HP Active Care, which was introduced late last year and is available now, works much like Smart Support but with additional capabilities. Utilizing TechPulse’s predictive analytics, Active Care warns of pending technical issues before they occur and automatically generates a ticket in HP’s support software any time an issue actually develops. In the latter case, users get next day business support at their home, office, or other location.

Available for sale through the channel, the service watches a PC’s hard disk drive, battery, thermal, and BIOS for problems currently, and will cover additional points of failure in the future.

Coming to the service in March as well is the ability to use automatically assembled hardware and application performance data to spot misconfigurations or other problems that can weaken employee experience.

Another forthcoming feature will let administrators measure employee satisfaction with their technology experience. “We’ve created an ability for IT managers to create campaigns or surveys that capture and use feedback on a variety of issues,” Chandra says.

Companies can use that feature after rolling out a patch to a subset of users, for example, to see if they’re now more satisfied than before or less. Based on that input, they can then deploy the update on all devices if the rollout went well or investigate what went wrong if it didn’t.

In addition, Proactive Insights users now receive a virtual or face-to-face business insights review with an HP service expert. HP has added improved reporting and analytics for BIOS, battery health, GPU, displays, and docking stations to the service as well.

HP Proactive Endpoint Management, previously known as Proactive Management Premium and also due in March, includes everything in Proactive Insights plus outsourced device management through HP or an authorized partner.

TechPulse is the foundation of an ongoing effort to streamline support and maximize uptime by continually collecting real-time device metrics and analyzing them with help from artificial intelligence. “One of our core strategies is to reinvent services at HP with data,” Chandra says.