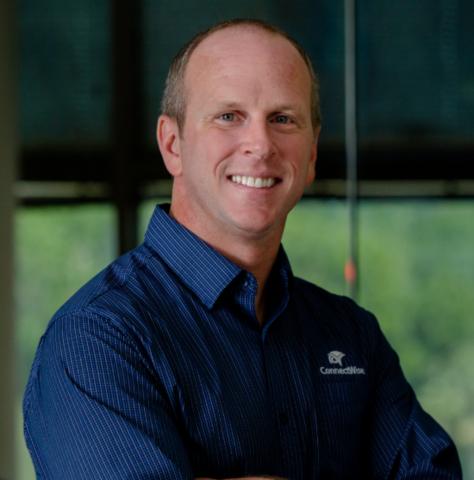 A popular figure among ConnectWise partners and familiar presence at its events, Fulton was most recently the company’s chief customer officer, with oversight responsibility for the IT Nation partner community. By Rich Freeman
Tweet

Longtime ConnectWise executive Craig Fulton has left the company after a 16-year run in senior product- and partner-focused leadership roles.

Fulton, who was ConnectWise’s chief customer officer most recently, disclosed the career change in a LinkedIn post earlier this week:

“My life’s chapter at ConnectWise is closing. After exactly 16 years this month, I’m moving on to my next adventure. Although I do know that it will involve advisory work for ConnectWise over the next few months, I don’t know exactly where the future will take me. I just know that I’ve run hard and happily for the last 16 years, and I need to take some time to recharge, focus on my family and myself so I can start my next chapter energized and with the same passion I gave ConnectWise, our partners, and my friends.”

A popular figure among the vendor’s partners and familiar presence on stage at its events, Fulton’s tenure at ConnectWise extends back to 2007, when he signed on as a systems engineer at co-founder Arnie Bellini’s Tampa, Fla.-based MSP, also named ConnectWise. Now known as ConnectOn, that company gave birth to the PSA solution that set ConnectWise on its course to becoming a leader in managed services and security software.

Fulton, who moved from ConnectOn to ConnectWise the vendor in 2009, has since served as senior product manager, platform general manager, and chief product officer, helping to guide ConnectWise past its roots in PSA toward offering an integrated suite of line-of-business tools for MSPs including RMM, remote access, quoting, and an expanding range of other systems.

“Rest assured, The IT Nation is in great hands and will continue to help you build more memories and have more success,” he wrote on LinkedIn. “If you recall, earlier last year the IT Nation was moved under the leadership of Amy Lucia, ConnectWise CMO. She is one of the most passionate and partner experience-minded leaders I’ve worked with, so I wholeheartedly trust that she will continue to put the best interests of the TSP community at the center of her leadership.”

“Craig has been with ConnectWise for 16 years and has played many important roles,” said ConnectWise CEO Jason Magee in a media statement. “He is most well-known for his passionate advocacy, love for our partners, and great team-building; a legacy we know his team is ready to carry forward. He has built the IT Nation into the premiere community for TSPs, and he has personally developed a committed, high performing team that we know will continue in that tradition. We’re a tight-knit group at ConnectWise—and are incredibly supportive of one another at work and beyond. Craig said it best in his LinkedIn post, that this was a personal decision he made with his family; we’re grateful he’ll remain a close member of our extended family for years to come. In the short term, Craig will stay on behind the scenes to transfer institutional knowledge and assist in community.”

Fulton’s final appearance as master of ceremonies at a ConnectWise event was last November, when he joined fellow executives in outlining plans for the company’s roadmap.