‘You Have to Be Three Times Better to Be Considered Equal’ 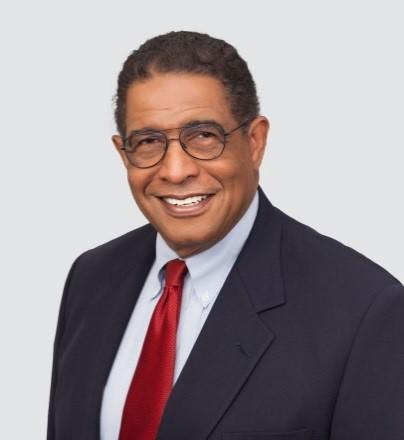 To get the best employee, businesses should put aside preconceptions about African-American job applicants and focus instead on competency and commitment to success. By Gil Cargill
Tweet

MY ARTICLE’S TITLE is a quote my father shared many times with my brother and me. Dad was one of the Tuskegee Airmen who fought many adversities just to be able to fly combat as part of the Army Air Corps against the Germans during World War II. Their belief was they had to outperform their white counterparts by a factor of 3:1 to be viewed as equals. Obviously, there's no way to scientifically measure a 3:1 human performance advantage, nor is there a way to measure equality. But the motto got the pilots through the political hurdles and the air-to-air combat challenges to be the most successful fighter group during World War II.

One of the oldest rules of selling is that people buy from people they know, like, and trust. Society’s perception of African-Americans, especially males, is that they are a threat and shouldn't be trusted. That image harkens back to the days of slavery and is perpetuated in many ways by the mass media. As a result, African-American salespeople aren't part of the "inner circle" of white power brokers. We didn't go to the same schools, don't belong to the same fraternities and sororities, and have different networking circles. This, along with many other factors, makes it more challenging for African-American salespeople to gain access to white decision makers.

That being said, successful African-American salespeople are proving this can and is being done regularly. Remember, you must be three times better to be considered equal; and that attitude, in one form or another, is an important component of these sellers’ success.

The same phenomenon of buying from people you know, like, and trust extends to the hiring process. When IBM hired me in 1970, I was one of the first four African-American salespeople in the office products division in Cleveland, an area with a very high proportion of African-American citizens.

I acknowledge that the political climate of the time is what forced the local IBM management team and IBM nationally, as well as many other large companies, to initiate equal opportunity employment strategies. That opened the door for me; but it did not open doors at customer locations. That task was left up to the salesperson.

Employment of African-American salespeople peaked sometime during the mid-80s and has steadily gone down. As a trainer and speaker traveling around the world, I have noticed a significant reduction in the proportion of African-American men and women in my audiences. I don't know why that's occurred, but I intuit that governmental requirements have been relaxed and/or ignored—or are all too often given a "wink and a nod."

Of course, there are very credible organizations dedicated to helping companies recruit and employ African-American salespeople, such as the National Sales Network. But all too often, the willingness to hire African-Americans seems to wane as the business size gets smaller.

Companies would be smart to re-examine their hiring practices now. We are going to come out of the current pandemic-induced recession and, as you start rehiring, try to put aside your preconceptions about African-American applicants and focus instead on competency and commitment to success. If they share the attitude that the Tuskegee Airmen, through my father, engendered in me and my brother, then they too will stand a much better chance of success. As one famous sales trainer said, “Your attitude drives your altitude.” If you have the attitude of the Tuskegee Airmen, your altitude will be superior.

GIL CARGILL, a sales acceleration coach and trainer, is CEO of Cargill Consulting Group Inc., which he launched in 1978 after concluding a spectacular sales and management career at IBM.

Guide to a Diverse Workforce for IT Businesses
October 6th, 2020

2021 ChannelPro SMB Forum Series Kicks Off in the Midwest
Your Next Move: Server Administrator
END_OF_DOCUMENT_TOKEN_TO_BE_REPLACED

Jabra PanaCast Review - Get Your Huddle On
END_OF_DOCUMENT_TOKEN_TO_BE_REPLACED