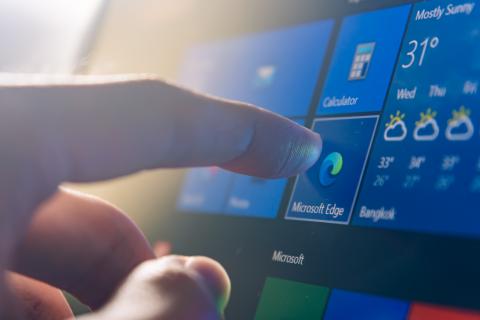 Experts predict 2021 will be a breakout year for the still-novel platform combo, with mobile devices providing the fastest growth. By James E. Gaskin
Tweet

ARM CHIP MAKERS have been pushing Microsoft to port Windows to the power-sipping processors for a long time. It finally started happening in 2017, thanks to performance improvements by Qualcomm and its Snapdragon platform. Last year’s highly public move by Apple to use its own ARM processor, the M1, only strengthened the case for ARM-powered PCs.

Roger Kay, president of Boston-area Endpoint Technologies Associates, believes 2021 will be the breakout year for Windows on ARM, partly because of Apple's move. "Now most PC tasks can be done well enough by ARM,” he says. “Plenty of notebook user profiles are completely satisfied by ARM processes today, and more will be in the future."

It will take time for the market to shift broadly to ARM-based devices, Kay continues, but Apple’s move will open the floodgates for everyone else. "That's a marketing effect we didn't get with earlier models."

Jim McGregor, principal analyst at Tirias Research, in Show Low, Ariz., agrees that Apple’s M1 “gave more credibility to ARM-based PCs." He, in fact, is disappointed that adoption hasn’t taken off before, based on his experience using two mobile PCs with Snapdragon processors. One immense advantage, he says, is battery life measured not in hours but days—McGregor gets two full days out of a single charge.

In theory, Kay says, Windows will run exactly the same on ARM chips as on Intel processors. The downside is “it takes a lot of rewriting to make the OS work right" on ARM.

Today Qualcomm leads the PC-focused ARM chip makers with three generations of processors: the Snapdragon 835, 845, and most recent 8cx. "The major PC vendors see these options as good for them," says McGregor. "Samsung, Lenovo, ASUS, and HP are all working on these, and Samsung has Chromebooks running on the ARM processor they developed."

Other advantages match those of smartphones, including instant-on access and always-on notifications you don’t get with a laptop until you power up. 2021 will see a slow ramp-up as people replace laptops and new ARM models become available, Kay adds.

McGregor points out that the ARM platform’s nonstop cloud connectivity relies on the cellular network and thus comes with a monthly cellular bill, which not everyone is willing to pay. The retail channel remains behind the curve on ARM devices too. "The first generation of these from Microsoft weren't even carried in their own outlets. Major carriers had no clue, even though they needed a SIM card to boot. I had to initialize the SIM on a tablet and move it to the PC."

LG Gram for Business 17 (2020): Big Reasons to Like It
END_OF_DOCUMENT_TOKEN_TO_BE_REPLACED