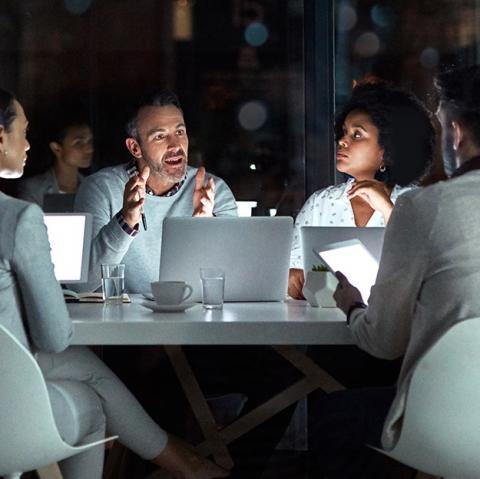 Putting a stop to microaggressions—comments that demean or insult colleagues from underrepresented groups—needs to start at the top. By Jessica Meek
Tweet

DIVERSITY, equity, and inclusion have become important elements of many organizations’ cultures, but while strides have been made in dealing with overt instances of bias, the more subtle instances—known as microaggressions—remain a challenge for many. To tackle this issue, it’s important to understand what microaggressions are and how they impact your staff.

Experts describe microaggressions as everyday comments people use when talking to someone of a marginalized group who perceives them as demeaning or insulting.

One of the reasons microaggressions can be so difficult to manage is because they are often said unconsciously and without negative intent, based on deep-rooted biases that people may not even realize they have, according to Derald Wing Sue, professor of psychology and education at Columbia University in New York.

“They're oftentimes delivered by perpetrators seemingly as compliments or innocent statements,” he explains. “But microaggressions are not simply individual statements or acts, they are … [an] unconscious world view of inclusion, exclusion, superiority, and inferiority. Most people who commit microaggressions are well-meaning individuals who see themselves as good, moral people who would never consciously or deliberately discriminate.”

Because of the unconscious nature of microaggressions, they can occur frequently, even in well-meaning organizations. Jason Golub, head of strategic partnerships and chief diversity officer at New York-based Kahilla, a digital leadership development platform for women, describes them as “extremely common,” noting that he has been told numerous times he is “well spoken,” which he describes as a perfect example.

“That’s a pretty common microaggression, with the underlying idea being that I'm a person of color and so people are surprised that I’m well spoken,” he points out. “They don't view it as racism, or even aggressive. And if you told them that it was either of those things, they'd probably get very defensive.”

Biases like these may be due to a variety of factors, including where someone is from, upbringing, ignorance, or a shared history of racial bias, Golub explains.

Sue agrees, noting that “all of us are born, raised, and socialized into a society in which there exists individual, institutional biases related to race, gender, sexual orientation, and so on.”

Given how common microaggressions can be, it’s important to consider how they can affect your employees who may be on the receiving end of these comments. Golub notes that the impact is both individual and cumulative, meaning that each microaggression carries its own impact, but also that the effect of one comment on top of another and another throughout the day is “exhausting” and can harm both mental health and the desire to stay in a job.