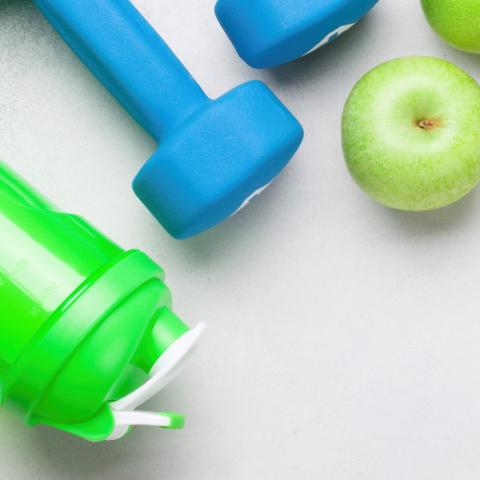 Taking time to recharge and adopting healthy habits not only increase well being, but can help busy channel pros to be more effective business leaders too. By Colleen Frye
Tweet
Reader ROI:
CHANNEL PROS often neglect their physical and mental health when building their companies, but it takes a toll.
AWARENESS of the need for self-care and intentionality in choosing to address work-life balance and stress management are key.
BE SURE TO ENCOURAGE self-care for staff too, as healthy employees have healthy relationships with customers.

A HEALTH SCARE followed by the loss of a friend in 2018 was a wake-up call for Angel Rojas. His blood pressure was high, his weight had shot up to 300 pounds, and his life “basically was eat, work, and sleep.”

The owner and CEO of Brandon, Fla.-based DataCorps Technology Solutions acknowledges he wasn’t bringing his best self to his family or his business. “We lose a lot of creative capacity when we don't rest and when we don't take care of ourselves,” he says. “You come to work with a distracted, exhausted, unfocused version of yourself that isn't really ready to tackle the challenges of the day.”

He’s not alone. Channel pros know all about taking care of their customers, but often fail to take good care of themselves. Yet, 93% of ChannelPro readers recently polled agree that self-care is important for them to excel at their job.

Don Crawley, an IT industry speaker, trainer, and author of The Compassionate Geek, says it’s easy for MSPs who are small business owners to get caught up in a cycle of working more and more, but notes that research has shown effectiveness declines when people don’t take time to recharge. “You need to be intentional about self-care,” he says.

For Rojas, that started with examining how he got to that point. “A lot of it had to do with the way I saw myself. DataCorps was my identity. I didn't even know who I was. I didn't really have any hobbies. I didn't do anything to relax.”

He began by choosing a hobby, flying remote-control helicopters. A year later, he tackled his weight, turning to a retired Army Ranger to help him with a fitness routine.

It’s a discipline he’s stuck with, along with adopting a low-carb, high-protein diet. Today he’s down 100 pounds and feels better physically and mentally. Friendships and family relationships have “improved greatly,” says Rojas, who adds that he’s also been applying some lessons learned in counseling prior to his health diagnosis.

“One of the biggest takeaways I got from counseling was getting tools to handle stress better,” he explains. “There is no problem in business that I can't walk away from and come back to later. A lot of times in IT, we think that everything's got to be fixed now because the client's screaming.” These days, he’ll evaluate if he even wants to keep that client. “Nothing is worth my blood pressure getting up.”

He also learned to set boundaries. “All MSP owners will always say yes to almost every job. A big turning point was when I stopped saying yes.”

By working less, says Rojas, “I've made more of the time I'm working. So I'm trying to be more intentional in everything.” That includes “living life with margin,” which means not packing his calendar with back-to-back appointments and tasks that leave no space in between.

Jabra PanaCast Review - Get Your Huddle On
END_OF_DOCUMENT_TOKEN_TO_BE_REPLACED