Out, Equal, and in IT 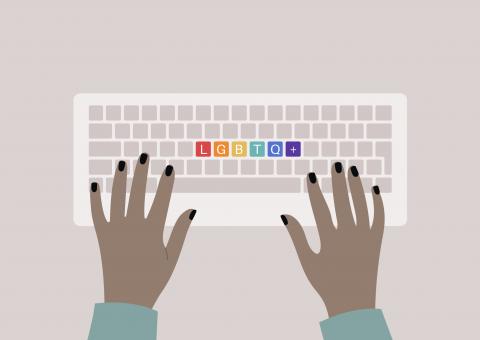 Many channel pros have work to do when it comes to providing a safe, supportive environment for LGBTQ employees. By Rich Freeman
Tweet

TODAY, thanks to gender affirmation therapy, Nicole Boon’s body and identity are aligned. Before that process, though, when she was just beginning her transition from male to female, Boon attended a popular tech industry conference. It was a painful experience.

“I was very clearly transgender,” she recalls. “A lot of people were like, ‘Who’s that freak?’” And that was at a gathering of business owners, notes Boon, who is CEO of Phoenix Secure IT, a Minneapolis-based provider of security and support solutions. “You can only imagine what it would be like if I had to work in any one of those companies.”

Amy Babinchak has some idea. Early in her career, before she entered IT, she was fired for being gay. “That was one of the reasons for wanting to start my business,” says Babinchak, who is owner of Harbor Computer Services, an SMB solution provider in Royal Oak, Mich. “It was sort of a secondary or tertiary reason, but it was in the mix because I didn’t want that to ever happen again.”

A recent cross-industry survey by the IBM Institute of Business Value and Oxford Economics suggests she had reason to fear more bias. Some four out of five participants in that study who self-identify as gay, lesbian, or bisexual said they’ve been personally discriminated against due to their sexual orientation.

“There are a lot of organizations that still have a lot to work to do,” Boon says.

Indeed, workplaces of all kinds can be unwelcoming environments for LGBTQ employees, according to Isabel Porras, senior director of learning and development at advocacy group Out & Equal. “Hearing negative commentary about LGBTQ people is still something that’s, unfortunately, quite common,” she says. For employers, Porras continues, the result can be a “brain drain” of valuable staff, something no channel pro can afford at a time of record low IT unemployment.

Preventing that problem begins with articulating and enforcing clear rules against disrespectful or discriminatory behavior, Boon says. “If somebody is going to harass or belittle somebody for their gender or sexual orientation, then you as a business owner have to step in and say, ‘This is not OK, and if it continues then you don’t work here anymore.’”

Holding meetings in which LGBTQ employees can speak freely with managers and peers about their experiences on the job is essential too, Porras notes, as is concrete action after those meetings to address problem areas.

“All of that sort of reinforces each other so that it isn’t just this top-down ‘here are our rules’ approach, but also a bottom-up ‘this is how we’re building a belonging and inclusive culture’ approach,” she says.