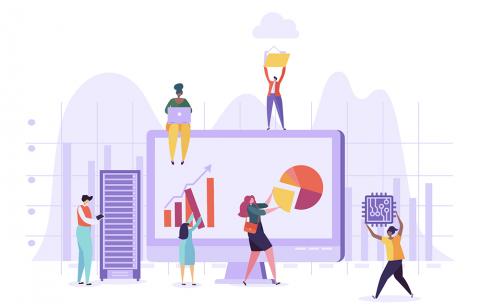 Addressing the challenges female workers face is key to hiring and retention. By Jennifer Oladipo
Tweet

WHEN 2.4 MILLION WOMEN left the workforce during the first year of the pandemic, it exacerbated a problem the IT industry and channel have experienced for years—a woefully short supply of female employees. “Not to say that there’s not amazing work by MSPs who’ve made an impact, [but] there’s this disproportionate impact of fewer women being promoted, hired, or starting MSPs,” says Michelle Ragusa-McBain, global lead, XaaS and MSP, at Cisco.

While finding and retaining employees of any kind is a challenge for channel pros these days, hiring and advancing women requires company leaders to educate themselves about the challenges female workers face, according to Ursula Mead, CEO at InHerSight, a company ratings platform for women. Here’s how to get started.

In general, Mead says, various disparities leave women feeling undervalued, yet many companies rely too heavily on women to advocate for themselves. Transparency about where your company stands is important for signaling a sincere effort to fix problems, she notes.

Miller says HR staff (who tend to be women) are acutely aware of unequal pay at work, and other staff who know are often talking about it. So, rectifying pay inequality sends a strong message of support for women.

Creating a company culture supportive of women is also important. For example, women usually bear the brunt of parenting responsibilities and family caregiving, so offer flexible scheduling. “Eighty percent of women in a survey we ran said they want to be remote at least some of the time post-pandemic,” says Meade. “Companies looking to retain or hire women could lose out if they don’t retain some of that extra flexibility.”

Subtler shifts, such as asking women for input when planning outings and events, can help foster a sense of belonging, says Ragusa-McBain. “Women may like golf and drinking, but might have other interests, she says.” In addition, instead of over-emphasizing attendance as a signal of commitment, ability, or productivity, recognize that women might not be or feel safe working late hours with few people around, says Miller.

Be mindful that potential hires will be scrutinizing your policies for clues as to how well they’ll be supported, Miller continues, but first they’ll just look at your head shots in the lobby or on your website.

“Don’t talk about diversity when we go to your website and leadership is all white guys. It falls on deaf ears and looks like a PR stunt,” she says. “Promote women. One of the No. 1 reasons people come to work for us is because women want to work for women.”