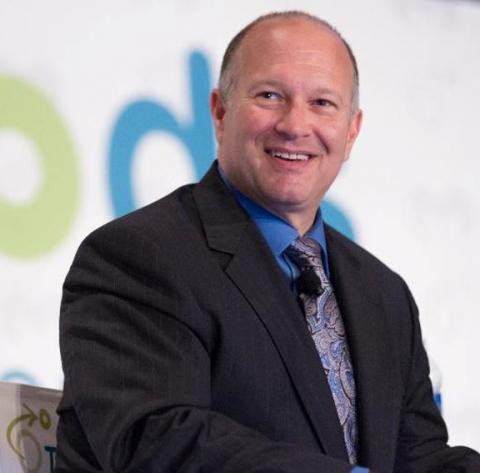 Integrating IT Glue’s documentation software with myITprocess, a TruMethods solution for providers of virtual CIO services, will make running a vCIO practice easier and more profitable for MSPs, according to TruMethods President Gary Pica (pictured). By Rich Freeman
Tweet

In conjunction with that deal, which was announced on day one of the Kaseya unit’s online GlueX partner conference today, IT Glue announced an expanded integration between its managed services documentation platform and myITprocess, a TruMethods solution designed to help MSPs create and operate virtual CIO (vCIO) practices.

While an earlier connection with IT Glue allowed myITprocess users to import selected information about end users from their documentation records, the new integration automatically pulls in all of the data required to assess a vCIO customer’s alignment with an MSP’s recommended technical standards.

“The vCIO technician doesn’t have to go and spend hours and hours gathering all this information,” observes Nadir Merchant, CTO and general manager of IT Glue.

Linking IT Glue and myITprocess that tightly would not have been possible without owning TruMethods and its source code, according to Kaseya CEO Fred Voccola. “You can do integrations, but if you own both sides of the transaction you can make it one product,” he says.

Over time, he adds, interface updates and other changes to myITprocess will further erase the lines between that system and IT Glue. Future updates will also enable the combined products to do more than share information.

“The long-term vision of this is to build an end-to-end workflow that allows the vCIO to not only do the strategic alignment, but then also produce the reports, save them into IT Glue, and also execute the sales and fulfillment side of that” through Kaseya’s PSA and other managed services business tools, Merchant says.

According to Voccola, virtual CIO services are increasingly emerging as a differentiator among MSPs. “The ones that have been able to offer a vCIO type of service are exponentially more successful than those who don’t,” he says, estimating that perhaps one in 30 MSPs has such an offering at present. “Not a lot are doing it yet. We think they all should be and will be, and we think it’s a great market for us to be in and for us to deliver to the Kaseya MSPs, and teach them what vCIO’s all about, why SMBs need it, and why they can monetize.”

According to Pica, myITprocess users will remain free to run the product alongside any third-party solutions they wish, and will continue to receive support from the same TruMethods engineers at the same rates as before. “Their pricing won’t change,” he says. “They’ll just be the beneficiary of better and faster and more enhanced product improvements as we move forward.”

Also unaffected by the acquisition are the more than 170 current members of Pica’s TruPeer peer group organization. “I will continue to run that in my team as an independent unit,” Pica says, adding that members will not be required to use Kaseya products. Having access to Kaseya’s marketing budget, however, will enable him to grow TruPeer faster than would otherwise be possible.

“It’s going to help me expand that to reach more MSPs,” Pica says.

LG Gram for Business 17 (2020): Big Reasons to Like It
END_OF_DOCUMENT_TOKEN_TO_BE_REPLACED