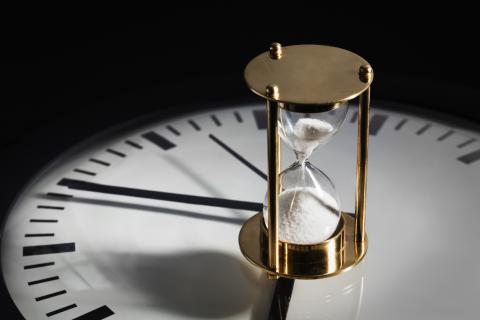 Channel pros have an opportunity to prepare the last users of those systems for the future—and profit in the process. By James E. Gaskin
Tweet

THE NAMES ALONE, “Microsoft Exchange Server 2010” and “SharePoint Server 2010,” prove these programs are 10-plus years old. Microsoft has threatened to stop support and updates several times, but the latest deadline, October 2020, seems solid. What to do with clients still running 2010 servers?

Staying with 2010 servers means the loss of security updates and affordable Microsoft support. Upgrade to Exchange and SharePoint 2019? Logical, but you can’t go from 2010 directly to 2019. First you must migrate Exchange Server to 2016, then migrate a second time to 2019. SharePoint 2010 double-hops to 2013 then 2019. Doable, but potentially painful and time consuming.

Microsoft is strongly pushing Office 365 as a solution. That’s the direction a majority of customers are going, according to Clint Calvin, managing director at LG Networks in Dallas. “We’ve done 18 to 20 migrations since the third quarter. All but two went to Office 365,” he says, adding that no one has migrated to Google G Suite or anything else.

The two customers that kept upgraded servers on-premises are law firms with strict data compliance regulations. “We have no bias,” says Calvin, “but migrating to Office 365 is usually less expensive.”

For BitTitan, makers of MigrationWiz software, migrations from Exchange Server to Office 365 “continue to be our second most common support scenario,” says Mark Kirstein, vice president of products, after moving between Office 365 tenants. He adds that this migration scenario is “a well-trodden path,” with detailed documentation available and a huge community of partners who can help. Microsoft offers some free tools, but the large number of third-party solutions suggests better help is needed.

Projects range in complexity, says Calvin. “Third-party tools can get expensive because they license by the mailbox.” Tools that offer the most automation have the highest license fees.

Ultimately, SMBs will be looking for migration help and channel pros should be able to capitalize on this need. Migrations are complex and therefore high-margin projects that open the door for additional managed services on a recurring revenue model once the customer has moved to the cloud.

And the need appears to be sizable. “There are still tons of people on Exchange 2010 or older,” adds Calvin. “We just talked to a company with SBS 2003 and Exchange 2003 with XP and Windows 7 clients.”

“Microsoft doesn’t release exact figures,” says Kirstein, adding that “our own internal data indicates a big market opportunity exists.” In Microsoft’s September 16, 2019, announcement pushing the EOL date back to October 13, 2020, the statement mentioned the “extensive number of Exchange customers” not yet migrated.

“This is a tremendous business opportunity for channel partners,” says Kirstein.

Jabra PanaCast Review - Get Your Huddle On
END_OF_DOCUMENT_TOKEN_TO_BE_REPLACED