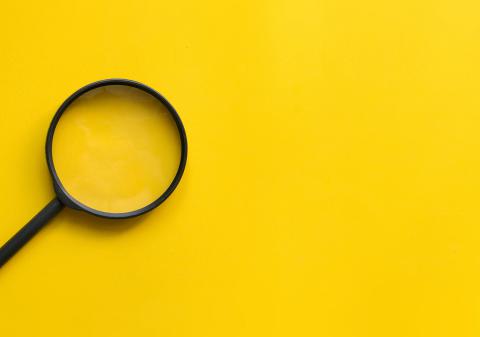 Channel pros in the market to buy or merge need to thoroughly vet candidates for business strategy, financial health, and cultural fit. By Megan Santosus
Tweet
Reader ROI:
GROWTH by M&A is a solid strategy, provided the target company is thoroughly vetted by the business owner or a buy-side broker.
THERE ARE THREE PILLARS to a successful M&A: strategy alignment, financial alignment, and cultural alignment.
RATHER THAN LOOKING FOR an “identical twin” to acquire, focus on finding a firm that complements and enhances your growth plan.

Financial Alignment. Any potential M&A target should also be in good financial standing. In the channel, companies with solid and growing recurring revenue are the most attractive candidates. "You should be looking for a good, robust business that knows how to generate cash flow," says Rick Murphy, CEO and managing partner of Cogent Growth Partners. The M&A process is like dating, says Murphy, whose Atlanta-area firm advises buyers in IT and IT services. For a successful union, the two companies must be complementary and mesh well. That concept is doomed if one partner is financially dysfunctional.

How Important Are Margins?

MARGINS ARE OFTEN VIEWED as barometers of success. When it comes to assessing an M&A candidate, however, experts advise against giving margins undue weight.

Margins are deceptive, says Murphy, because they don't always indicate the fundamental reasons why a specific company may or may not be a good acquisition candidate. For example, channel partners may have different ways of making money that impact margins. "Some sell hardware at no markup and others for 30% markup," he explains. More than margins, it's necessary to "understand those fundamentals and how they overlap with what you're doing."

Evergreen Services doesn't have strict parameters in terms of margins, and has “bought companies with vastly different margin profiles," says the firm’s Ramsey Sahyoun. There is one caveat: "We are concerned with abnormally high EBITA margins, in excess of 25% to 30%." That’s because such margins could indicate underinvestment. If the employees are underpaid or the company is understaffed, high margins could mean problems down the road.

One parameter to focus on from the start is the investment merits of an acquisition. "As a buyer, it's critical to understand your internal rate of return on a transaction," Harvath says. A deal where the return is less than 20% or longer than five years is not financially justifiable, he adds.

Buyers need to articulate their own specific parameters, and basic financial metrics that indicate the health of an M&A candidate are good screening baselines. For example, Evergreen Services Group typically draws the line at recurring revenue of at least 50% of overall revenue and a minimum of $500,000 in EBITA (earnings before interest, taxes, and amortization). When it comes to customers, Sahyoun likes to see an 85% retention rate and ideally no more than 40% of revenue coming from a single customer.

The specifics of qualifying metrics ultimately depend on the buyer's priorities. A channel pro looking to acquire a product line or a small cap company may have different minimums for recurring revenue or EBITA. "Determine the metrics that mean the most to you," says Sahyoun. Whatever those metrics are, he says, an initial conversation with a business owner at a target company is warranted because it's difficult to screen out companies during the research phase.

Harvath cautions against targets that have been “doing financial engineering to prepare to sell.” In effect, these companies "prop up value via questionable add-backs to EBITDA [earnings before interest, taxes, depreciation, and amortization] or via positioning of the profit contribution of the business ahead of a potential transaction by underspending on the operations of the business in a nonsustainable way," he explains. A close examination of financial records going back a year or two prior to a company listing itself for sale may reveal these maneuvers.

While it may seem counterintuitive, he suggests the ideal company is one that’s not for sale. A buyer should strive to uncover an unvarnished view of a business, one that reveals how the owner of the candidate company both thinks of and operates the business. "You want one that is operating well," he says, which ties to both strategy and culture.

Don’t, however, search for an identical twin to acquire, says Murphy. "A company that does things and is exactly like a buyer is going to be almost impossible to find."

A better way to begin the M&A process, according to Sahyoun, is to put together an initial list of local competitors and then expand to competitors in different geographies or verticals. Focus on unearthing as much information as possible. "I don't see enough people doing that in the channel," he says. Business owners "come across one company that they happen to know, and they wonder if they should buy that company." This is not an effective approach, he adds, because "you're not giving yourself enough shots on goal to make a decision."

Evergreen compiles a database of companies based on "intentional internet research," Sahyoun says. Publicly available sources such as LinkedIn or competitor websites can provide details such as target market, executive team, products and services offered, and number of employees. To get a better sense of which companies are good prospects in terms of strategic, financial, and cultural fit, however, outreach is required—and plenty of it. Talk to peers, partners, and vendors.

Answers to the Top 5 Scalability Questions
May 6th, 2021

The Road to Success Is Paved with Service
END_OF_DOCUMENT_TOKEN_TO_BE_REPLACED

Jabra PanaCast Review - Get Your Huddle On
END_OF_DOCUMENT_TOKEN_TO_BE_REPLACED