Building a Diverse Workforce: Page 2 of 3 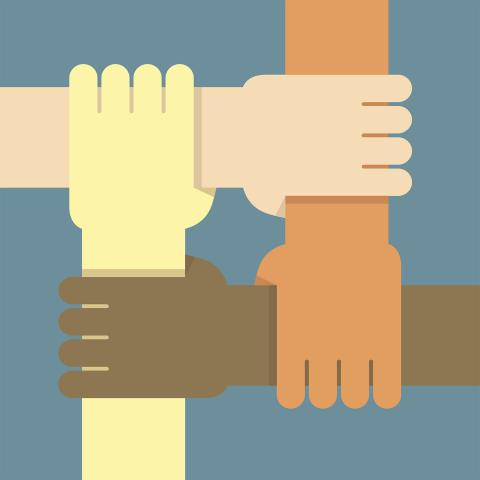 From recruitment to interviewing and hiring, organizations that prioritize diversity need to be intentional in their pursuit and hold themselves accountable. By Colleen Frye
Tweet
Reader ROI:
AWARENESS of potential unconscious bias in your recruiting and hiring process is the first step toward building a diverse team.
BE INTENTIONAL with job description language and interview questions to convey inclusiveness and focus on skills.
TAP nontraditional sources, use objective evaluations to make employment decisions, and hold hiring teams accountable to goals.

Employers can also seek out and/or sponsor resources like the Mentor-Protégé Program from Women in Technology (WIT), an organization dedicated to advancing women in technology in the Washington, D.C., metro region. Beth Bierden, a communications engineer at Decisive Point Consulting, heads up the WIT Mentor Protégé program, which is hosted and underwritten by technology firms that can send up to three proteges to the program as well as get visibility to talent.

Clever Ducks, according to Kardel, has worked with local apprentice programs as well as international interns through AIESEC, a global youth leadership development nonprofit. “You get a very diverse and interesting pool of international young people who are really focused on your field,” she says.

Even if you currently are reaching out to nontraditional sources, Kardel suggests branching out further. For instance, Clever Ducks already looks to the local community college 15 minutes away for candidates, but Kardel says she recently realized that the community college 30 minutes away “is a completely different demographic.”

She also suggests leveraging traditional platforms in new ways. “I would challenge you on LinkedIn to make five diverse friends this month in the field. They could be instructors. They could be students.” Message them that you want to increase your talent bench with diverse candidates, she says, and ask them to share your job postings with their network.

How your business conducts the interview process, and how candidates experience it, play key roles in the ability to hire diverse employees. If your interview process keeps bringing in the same types of hires, it’s time to look at how fair it is or how well it’s helping you assess applicants’ strengths, Stanners says. Focusing on how candidates complete tasks and how they handle test scenarios generates information that emphasizes talent over identity.

Kelly, who has conducted research on the interview experiences of diverse job applicants, found they often cited the nature or tone of questions asked, or the behavior of the interviewers, as reasons why they didn’t want to work for a company. For example, she says, a fourth-generation Asian-American woman was told by an interviewer that she “speaks very good English,” and a highly educated African-American applicant was told two minutes into the interview that he “came across as very intelligent.”

“There’s unconscious bias built into the system as well as the interviewer’s expectations of applicants,” Kelly says.

Other micro-aggressions and micro-inequities may manifest in how the receptionist or security guard treated the applicant or even something as seemingly innocuous as the artwork in the lobby (if it’s all pictures of older white male past presidents, for example), Kelly explains.

Also, be mindful of questions that are subjective or may not be sensitive to applicants’ culture, such as “Tell me about your strengths and weaknesses.” Says Kelly, “Someone from a cultural background where they learned that you don't brag about yourself as an individual may find it very difficult, if not impossible, to provide a good answer.” Further, she adds, “Commonly asked questions like these may get rehearsed responses from applicants who have practiced interviewing or been coached on how to interview, and may miss good responses from diverse applicants."

Instead, she suggests questions like, “Tell me about a project you worked on and what were the results?” “What was your part and how did you and your team members support each other?”

“All that’s going to get at what their strengths and what their weaknesses are,” Kelly maintains.

Eaton suggests asking for feedback from diverse staff about interview questions. For instance, a business owner told him he was having trouble recruiting women. He always asked candidates if they had ever built a gaming rig, because he had determined that all his best employees had done so. Gaming, however, traditionally has been a largely male interest. “If he had had more women able to look at his interview process, they might have pointed that out,” Eaton says.

Eaton suggests some introspection. “Am I really asking the questions that proved these people were going to be successful? Or am I asking questions that actually just … reaffirm the people I've been hiring?”

Jabra PanaCast Review - Get Your Huddle On
END_OF_DOCUMENT_TOKEN_TO_BE_REPLACED