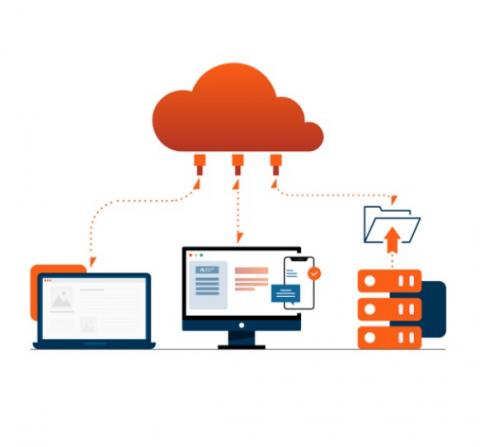 Now in an early access program, with general availability scheduled for early next year, the new feature is the vendor’s latest effort to help MSPs with multiple BDR solutions standardize on one system offering comprehensive functionality. By Rich Freeman
Tweet

Axcient has added support for Linux endpoints to its x360Recover business continuity and disaster recovery platform.

Now in an early access program, which general availability scheduled for early next year, the new feature helps MSPs address a small yet familiar problem, according to Adam Preeo, the vendor’s vice president of product management.

“There’s not necessarily a lot of net new Linux devices out there, but there’s typically a client that may have two or three servers that are critical, and if we can’t protect that then that may be a candidate for a different BCDR vendor.”

Preeo discussed the latest x360 update with ChannelPro at ConnectWise’s 2022 IT Nation Connect event in Orlando. Axcient published research during the show illustrating the potential consequences for channel pros whose primary BDR solution can’t support all of a client’s endpoints. Some 90% of respondents to that study, which was conducted by consultancy Channelnomics, have more than one BDR vendor. The average respondent has three.

“Most of these partners have multiple backup solutions,” says Rod Mathews, who became Axcient’s president and CEO last month. Niche workloads like Linux devices aren’t the only reason why, he adds. Customers unwilling to replace an existing solution with a new MSP’s standard one produce the same outcome, as can mergers and acquisitions that combine multiple providers with different vendor relationships.

“When you put them all together and make a bigger company, now you’ve got three or four solutions, even if they had all tried to maybe standardize on one,” Mathews says.

According to the Axcient survey, 45% of MSPs would prefer to use a single platform everywhere. They’re right to hold that aspiration, according to Mathews, as standardizing on a single solution lightens technician training burdens and reduces the number of products you must know how to sell.

“We would love to be in the position to be that single BCDR vendor,” Mathews says, adding that the new Linux support is one example of how Axcient is pursuing that goal by making x360Recover a flexible enough platform to handle any need.

Backup functionality for Microsoft Teams conversations is coming to the system early next year, Preeo reports. “We protect Teams data today, but we don’t do the conversations,” he says. In development as well for later release, he adds, is new “fast failback” technology designed to shorten the recovery process after a service outage significantly.

“There’s a real gap right now on restoring back to your original device,” says Preeo of BDR solutions generally. “We’re working on some technology that allows that to be seamless.”