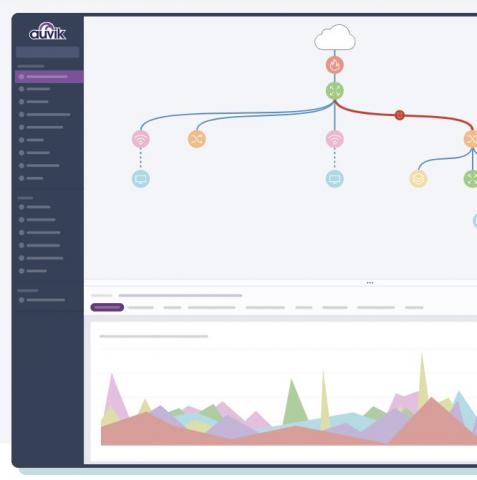 The company plans to employ a $250 million funding round it disclosed today to accelerate development of work-from-home functionality amid skyrocketing business use of consumer-grade networks and personal devices due to the coronavirus pandemic. By Rich Freeman
Tweet

Auvik plans to use a freshly inked $250 million funding round to add enhanced support for work-from-home environments to its cloud-based network management solution for MSPs and internal IT departments.

“Auvik’s been really good at managing the office network and helping teams have insight there and support their users,” says Marc Morin, the company’s co-founder and CEO. “As everyone’s moved to remote more aggressively, it’s now not just the network that the organizations own and control that needs to be monitored, but it’s any network that your users are using.”

The quarter of a billion dollars invested in Auvik by private equity firm Great Hill Partners, which the two companies announced today, will help speed delivery of functionality for tackling that requirement, Morin says. “We expect to use the investment to accelerate our product roadmap.”

Based in Boston, Great Hill specializes in $25 million to $500 million investments in high-growth companies targeting the consumer, digital infrastructure, financial technology, healthcare, and software sectors. The firm holds a stake in identity verification vendor Jumio and participated in the sale of SecureWorks to Dell Technologies ten years ago.

Founded in 2011, Auvik currently helps technicians manage over four million devices on more than 50,000 networks. Great Hill’s investment is by far the largest in the history of the company, which until now had raised a total of $33.3 million through three funding rounds and a seed round, according to Crunchbase.

Remote network management, which channel pros have been doing to a limited degree for years, became an urgent necessity in 2020 when the coronavirus pandemic forced end users around the globe to connect with corporate resources via consumer-grade home networks and personally-owned devices.

“This mass experiment of working remote has really accelerated a motion that was there before,” Morin observes. Adding more support for resources beyond the core office network has accordingly become a higher development priority for Auvik, he adds.

“It was always, let’s say, a smaller feature set because it was a smaller set of users,” Morin observes of Auvik’s existing work-from-home network management functionality. “COVID really flipped it on its head and now it’s became a primary use case.”

Historically, he adds, administrators have had to combine multiple tools to support home-based users. Auvik plans to provide the necessary capabilities within a single interface.

Acquisitions, according to Morin, could play a role in realizing that goal. “That’s always something that’s on the table,” he says.

LG Gram for Business 17 (2020): Big Reasons to Like It
END_OF_DOCUMENT_TOKEN_TO_BE_REPLACED