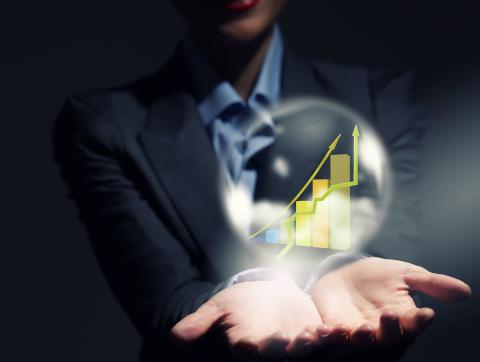 Want higher profits and happier customers and employees? A good service manager can make that happen. By Colleen Frye
Tweet
Reader ROI:
SERVICE MANAGERS allow IT business owners to step away from tickets and tactical activities to focus on growth..
LOOK FOR PEOPLE who are comfortable with studying numbers and metrics, following processes, and managing technicians.
HAVE A WELL-DEFINED role and service management responsibilities and provide training to ensure success.

Appointing a service manager with the required skills and personality traits suited to the job is critical. Many channel pros take their top or most senior technician and promote them to service manager, but Kane says this is the wrong approach. For one, he says, “You don't want to take your best tech and remove them from producing the value that they're producing as a technician.” Second, he adds, the best service managers are stronger in administration than technical skills.

If you do promote a technician, they should be a model technician, Kane notes, meaning they are good with entering their time, they contribute to and use documentation, and are personable. “The person that you want leading the team is more than comfortable to sit in a meeting with the individual staff.”

It’s a big-picture role, stresses Peterson. “They must be very supportive of others’ success. They really like to see their clients do neat things with technology and they like to see their team evolve and work their way up the technical ranks.”

Paluszkiewicz says service managers must have a positive attitude, be solutions oriented, and have good listening skills plus the ability to guide conversations in a positive direction.

Etheridge says the job requires someone who can be “a good butt-kicker” when needed but also has the relationship skills to “see the best in people and to help them accomplish their best.”

Too much emphasis on the butt-kicking rather than mentoring can demoralize your team and is the mark of a bad service manager, adds Etheridge, a lesson he learned with his first service manager hire.

A bad service manager can also harm customer relationships by arguing or getting easily irritated, says Paluszkiewicz, who fortunately has not had that experience.  “They need to have a relaxed demeanor because in the role, and where IT is at these days, it changes daily,” she says. “So, you have to be able to roll with it.”

Putting the wrong person in the service manager’s role will also force the owner to be drawn back into tactical activities, says Kane. “In a way, having a bad service manager is worse than having no service manager at all because you've promoted someone, you've potentially given them a pay raise, and you're still doing the work that you intended them to do in the first place.”

If you do make the wrong hire, reexamine your job description and expectations. “A bad service manager is usually a reflection of a poorly defined service management role,” says Peterson.

ICYMI: Our Channel News Roundup for the Week of November 29th
7 Lessons Learned from Cybersecurity Experts in 2021
END_OF_DOCUMENT_TOKEN_TO_BE_REPLACED

LG Gram for Business 17 (2020): Big Reasons to Like It
END_OF_DOCUMENT_TOKEN_TO_BE_REPLACED