By Rich Freeman
Speaking online yesterday about the vendor’s latest cyber threat report, SonicWall CEO Bill Conner (pictured) discussed an alarming rise in ransomware attacks, IoT exploits, and other threats in the first half of 2020.
Tweet 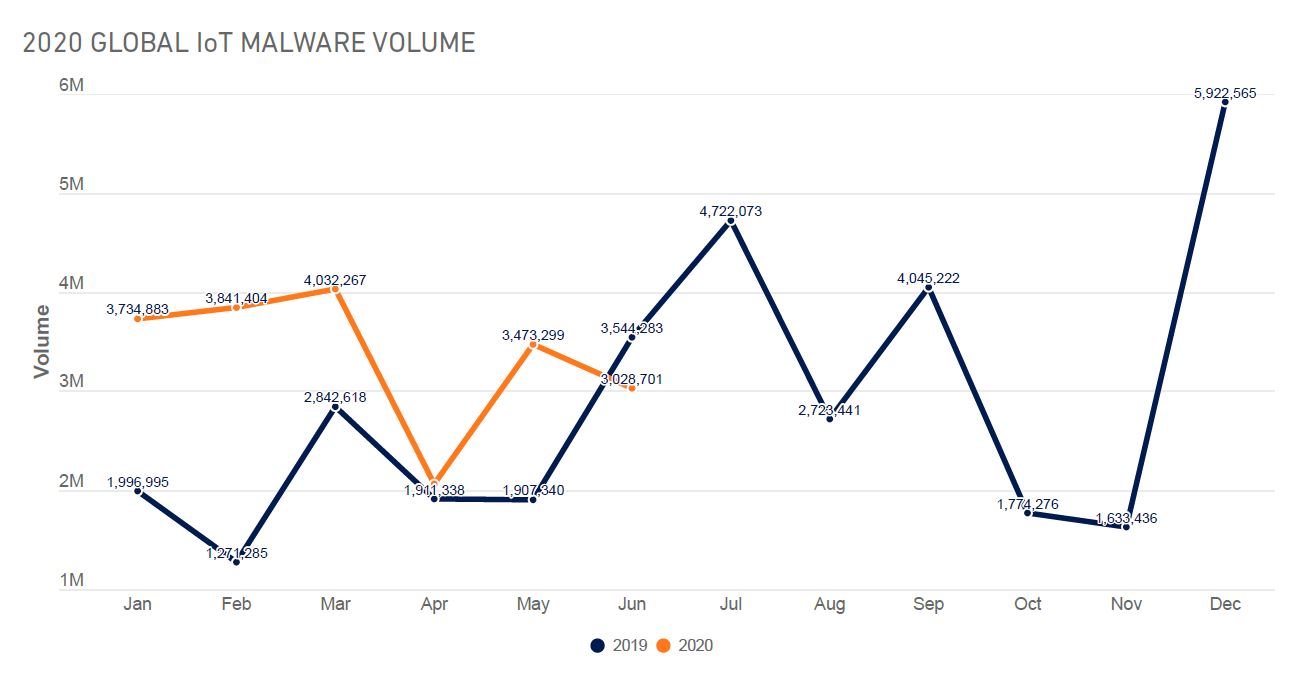 There will be 41.6 billion internet-connected devices worldwide in 2025, according to IDC. Every last one of them is a potential network entry point in the eye of cyber-felons, who aren’t waiting five years to prove it either. Internet of Things attacks are up 50% year over year in the first half of 2020, according to SonicWall, which tracked more IoT attacks individually in January, February, and March this year than in all three of those months combined last year.

It gets worse. According to Conner, attackers are directing most of that threat activity against video surveillance cameras, smart lights, and other web-enabled gizmos in offices, rather than the Nest thermostats and Ring doorbells many work-from-home employees have on their networks. Or at least they are so far.

“Stay tuned there, in my mind, as we look into the second half of this year,” Conner says.

With home networks increasingly linked to corporate networks, he adds, securing consumer IoT hardware has suddenly become a necessity for employers. “What we’ve done over the years is build [defensive] layers into the business,” Conner notes. “Now we’re having to figure out what layers do we need in the home.”

The Road to Success Is Paved with Service
END_OF_DOCUMENT_TOKEN_TO_BE_REPLACED

Jabra PanaCast Review - Get Your Huddle On
END_OF_DOCUMENT_TOKEN_TO_BE_REPLACED