By Rich Freeman
At ChannelPro’s latest in-person event, Steve Alexander of consultancy MSP-Ignite led an ad hoc peer group for attendees. Here are some of the ideas discussed there about getting client referrals, building a results-producing sales engine, and more.
Tweet 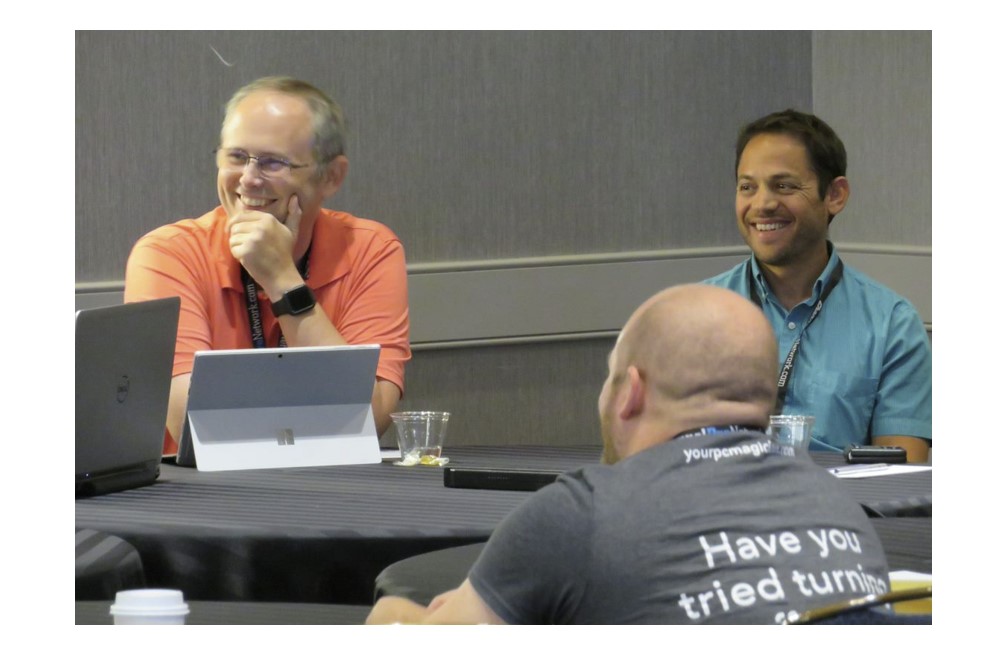 Most channel pros start out as sole proprietors who encourage their precious few clients to contact them with requests day or night. Eventually, though, the day comes when they need to spend less time taking service calls and more time driving growth. Making that transition, though, can be easier said than done.

“You’re so used to being helpful and helping [clients] out that to not do it, you almost feel guilty,” observed Bob Schwegler, a business development coach with CMIT Solutions, who noted that many MSPs also believe they can resolve problems faster and less expensively without involving a tech.

“Almost everybody in the room probably had that challenge at one point in time or still has that challenge,” Alexander said. “How do I go from being the so-called computer guy to being a company?”

For Andrew Thomson, owner of Advanced Gigahertz Technologies in Manville, N.J., the answer began as simply as forwarding every support request from customers in his inbox to the company’s help desk. “Once I did that long enough, they understood that if they email me, they’re not going to get the answer right away. If they email support, somebody will reply,” he said.

Of course, that won’t stop people from calling you at your cell phone number, which can be hard to keep private. Even if you don’t include it on your business card, people will see it when you call them from your car.

For Jack West (pictured left), CEO of West Computers in Laurel, Miss., the solution to that problem was installing a VoIP app on his phone. “I can call out using my business number,” he noted, rather than the personal one he keeps off limits to clients after hours.

Still getting calls on your mobile line? “Get another cell phone number and forward your existing number to the main office line,” Alexander counseled.

Above all, he added, learn to set and enforce reasonable limits on your availability to customers. “Don’t think that you answering the phone every single time it rings is the definition of good service, because it’s actually not.”

See more in Peer-to-Peer Insights from the SMB Forum in Washington, D.C.:

At ChannelPro’s latest in-person event, Steve Alexander of consultancy MSP-Ignite led an ad hoc peer group for attendees. Here are some of the ideas discussed there about getting client referrals, building a results-producing sales engine, and more.

Lenovo unleashed a slew of new products of interest to resellers at CES 2019. Let's take a look at the latest and greatest from the maker of the ThinkPad.